42% of All COVID-19 Deaths Occurred in Nursing Homes 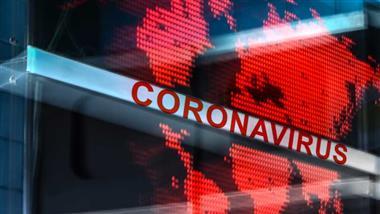 Early on in the pandemic it became clear that older individuals were at disproportionate risk of severe COVID-19 infection and death.

According to an analysis1 conducted by the Foundation for Research on Equal Opportunity, which included data reported by May 22, 2020, an average of 42% of all COVID-19 deaths in the U.S. had occurred in nursing homes, assisted living and other long-term care facilities. This is beyond extraordinary, considering this group accounts for just 0.62% of the population.

Avik Roy, president of the Foundation for Research on Equal Opportunity, wrote an article2 about their findings in Forbes, pointing out that “42% could be an undercount,” since “states like New York exclude from their nursing home death tallies those who die in a hospital, even if they were originally infected in a long-term care facility.” Roy also testified before Congress June 17, 2020, about racial disparities in COVID-19 and the health care system.3

Why Do Some States Have Exaggerated Nursing Home Death Rates?

Disturbingly, some states have nursing home mortality rates that are significantly higher than the national average of 42%. Minnesota4 tops the list in this regard, with 81.4% of all COVID-19 deaths having occurred in nursing homes and assisted living facilities. Ohio comes in second, with a rate of 70%.

As reported by Roy:5

“Another way to cut the data is to look at nursing home and assisted living facility deaths as a share of the population that lives in those facilities. On that basis, three states stand out in the negative direction: New Jersey, Massachusetts, and Connecticut.

In Massachusetts and Connecticut, COVID deaths per 10,000 nursing home and assisted living facility residents were 703 and 827, respectively. In New Jersey, nearly 10 percent of all long-term care facility residents — 954 in 10,000 — have died from the novel coronavirus.”

By and large, nursing homes are ill equipped to care for COVID-19 infected patients.6 They’re set up to care for elderly patients, whether they are generally healthy or have chronic health problems, but they’re not typically equipped to quarantine and care for people with highly infectious disease.

It’s logical to assume that comingling infected patients with noninfected ones in a nursing home would result in exaggerated death rates, as the elderly are far more prone to die from any infection, including the common cold.

March 17, 2020, Stanford epidemiologist John Ioannidis wrote an op-ed in STAT news,7 stating that “even some so-called mild or common-cold-type coronaviruses have been known for decades [to] have case fatality rates as high as 8% when they infect people in nursing homes.”

In other words, we should not be surprised that COVID-19 disproportionally affects older people. Most elderly are frail and have underlying health problems that make them more prone to death from any infection whatsoever. Since this is common knowledge, why did some states decide to violate federal guidelines and send COVID-19 patients back into nursing homes?

Democratic governor of New York, Andrew Cuomo, appears to have been among the most negligent in this regard. March 25, 2020, instructions from the New York Department of Health stated nursing homes were not allowed to deny admission or readmission of a COVID-19-positive patient.

Nursing homes were even “prohibited from requiring a hospitalized resident who is determined medically stable to be tested for COVID-19 prior to admission or readmission.” As reported by Roy:8

“As recently as April 23, Cuomo declared9 that nursing homes ‘don’t have a right to object’ to accepting elderly patients with active COVID infections. ‘That is the rule and that is the regulation and they have to comply with that.’

Only on May 10 — after the deaths of nearly 3,000 New York residents of nursing homes and assisted living facilities — did Cuomo stand down and partially rescind his order.”

A temporary hospital facility at the Javits Convention Center was also erected to deal with predicted hospital overflow. It had a capacity of 2,500, and closed May 1, 2020, having treated just over 1,000 patients.12 With all that available surplus space equipped for infectious disease control, why were COVID-19 patients forced back into nursing homes where they would pose a clear infection risk to other high-risk patients?

“Any insinuation to the contrary is woefully mistaken at best and dishonest at worst. We put out our guidance on March 13 … It says … ‘When should a nursing home accept a resident who is diagnosed with COVID-19? …

A nursing home can accept a resident diagnosed with COVID-19 and still under transmission-based precautions,’ which means if this person is infectious you have to take precautions.

It says ‘as long as the facility can follow CDC guidance for transmission-based precautions.’ It says: ‘If a nursing home cannot, it must wait until these precautions are discontinued,’ meaning if you are not able to care for this patient — somebody is still positive and you’re not equipped to care for the patient, then you shouldn’t accept the patient into your care.

While Cuomo has tried to deflect criticism for his devastating nursing home directive, the facts seem to speak for themselves. ProPublica published an investigation14 June 16, 2020, comparing a New York nursing home that followed Cuomo’s order with one that refused, opting to follow the federal guidelines instead. The difference is stark.

According to ProPublica,15 by June 18, the Diamond Hill nursing home — which followed Cuomo’s directive — had lost 18 residents to COVID-19, thanks to lack of isolation and inadequate infection control. Half of the staff (about 50 people) and 58 patients were also sickened.

In comparison, Van Rensselaer Manor, a 320-bed nursing home located in the same county as Diamond Hill, which refused to follow the state’s directive and did not admit any patient suspected of having COVID-19, did not have a single COVID-19 death. A similar trend has been observed in other areas. As reported by ProPublica:16

“New York was the only state in the nation that barred testing of those being placed or returning to nursing homes. In the weeks that followed the March 25 order, COVID-19 tore through New York state’s nursing facilities, killing more than 6,000 people — about 6% of its more than 100,000 nursing home residents …

Florida Republican Gov. Ron DeSantis actually took the opposite position with regard to nursing homes. Not only were hospitals not permitted to discharge COVID-19 patients into nursing homes, but all nursing home workers were also required to be screened for symptoms before entering facilities each day, and ensuring availability of personal protective equipment was prioritized.

In California, Los Angeles County nursing homes are such a hotspot, and local leaders describe the situation as a “pandemic within a pandemic.”17 There, the fact that many of the facilities are unusually large appears to be part of the problem.

They also have a higher percentage of people of color — another high-risk group — both working and residing in these facilities. Low pay, poor quality of care and inferior infection control add to the problem.

Overall, COVID-19 transmission appears to be rampant within our health care system in general, not just in nursing homes. As noted in “20% of COVID Patients Caught Disease at Hospital,” British data suggests 1 in 5 COVID-19 patients actually contracted the disease at the hospital, while being treated for something else.

SARS-CoV-2 is being transmitted not only between patients but also from health care workers to patients. When you add it all together, nursing homes and nosocomial infections (i.e., infections originating in or acquired from a hospital18), plus the spread from workers to family members, likely account for a vast majority of all COVID-19 deaths.

Without doubt, if nursing homes don’t start getting this right, they eventually won’t have enough patients to stay in business. Unfortunately, rather than tackle the problem head-on and implement sensible safety measures across the board, the nursing home industry is instead seeking immunity from COVID-19 related lawsuits. I discussed this in “COVID-19 and Nursing Homes: The No. 1 Place Not to Be.” According to NBC News:19

“So far at least six states have provided explicit immunity from coronavirus lawsuits for nursing homes, and six more have granted some form of immunity to health care providers, which legal experts say could likely be interpreted to include nursing homes …

Of the states that have addressed nursing home liability as a response to the outbreak, two — Massachusetts and New York — have passed laws that explicitly immunize the facilities. Governors in Connecticut, Georgia, Michigan and New Jersey have issued executive orders that immunize facilities.”

In other words, New York not only issued rules requiring COVID-19 infected patients to be admitted into nursing homes, and barred them from testing, it also granted nursing homes immunity against lawsuits.

Talk about triple injury. Clearly, New York nursing home patients have gotten ill and died due to willfully negligent directives. On top of that, families have been deprived of due process and any legal recourse for these beyond-reprehensible criminal actions.

While several states have failed to protect their most vulnerable, New York’s actions stand out as being particularly egregious and, so far, no sound justifications have been forthcoming.

“Why did they give those orders? Why did they go against the safety guidelines that were issued from CMS? And why won’t they give us all the disclosure of the patient information that they were giving and then all of a sudden when we started discovering this they clammed up and they’re not letting the public see what these numbers really are?” Scalise said.

Curiously, Select Subcommittee Democrats not only declined to join Republicans in the proposed nursing home oversight effort, they also refused Scalise’s call to “get to the bottom of what motivated these decisions” in New York, Michigan, California, New Jersey and Pennsylvania, and they did not sign the letters to the governors of those states.22

“Just about the worst possible thing to do is knowingly introduce coronavirus to the most vulnerable populations, yet that’s exactly what several states did by mandating nursing homes accept infected patients.

These misguided policies deserve close scrutiny, and the leaders who put them in place have a lot of tough questions to answer. Now is not the time to look the other way while placing blame for this crisis on states that are taking a measured, responsible approach to reopening our economy and protecting our communities.”

We can significantly blunt any reemergence by optimizing our vitamin D levels, and making sure this information reaches nursing homes and other long-term care facilities.

For more information, see “Your Vitamin D Level Must Reach 60ng/mL Before the Second Wave.” To facilitate the public information campaign, I’ve created two vitamin D reports — one comprehensive science report and one summary review — both of which can be downloaded below.

I urge everyone to share this information with friends, family and community at large, so that we can minimize a second outbreak. If you have a family member or know anyone that is an assisted living facility, you could meet with the director of the program, share these reports and encourage them to get everyone tested or at least start them on vitamin D.

Additionally, you could speak to pastors in churches with large congregations of people of color — who are also at disproportionate risk — and help them start a program getting people on vitamin D. Doing so could help save many lives, far more than any vaccine program.