Acetaminophen warning: A leading cause of acute liver failure 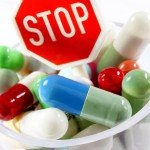 (NaturalHealth365) In an ideal world, the United States Food and Drug Administration (FDA) would always function in the best interests of the consumer. However, the sad truth is that the FDA often behaves as though it is in the back pocket of the big pharmaceutical companies and their financial interests.

In fact, there’s no better example than the case of the over-the-counter pain reliever acetaminophen, a drug that causes an array of health issues and problems – yet is still on store shelves today.

A dangerous drug connected with many liver-related health problems

Acetaminophen causes an alarming number of cases of liver damage, acute liver failure and death each year, to the tune of 26,000 hospitalizations, 56,000 emergency room visits, 100,000 calls to poison control centers, and over 450 deaths. Even when taken at the recommended doses, acetaminophen can still cause major problems; however, it’s a very profitable drug – which seems to be fueling the lack of emphasis on these risks.

The risks are even worse for those who drink three or more alcoholic beverages per day.  Taking even less than the daily recommended dose of acetaminophen for issues such as gastroenteritis can cause serious health risks; however, despite many reports of the dangers of using acetaminophen, the products don’t include sufficient warnings about these dangers.

The dangers associated with a lack of consumer awareness

Nearly half of all acetaminophen overdoses are unintentional and occur either when people lose track of how much they are taking or when more is taken because pain is not relieved by the recommended dose. Taking acetaminophen, while taking other medications, is another way that people can accidentally harm to themselves.

At over 100,000 per year, acetaminophen is the cause of most of the total calls to U.S. poison control centers, annually.  It also causes more acute liver failure cases than all other medication types combined.

Advertisement:
Get the BEST indoor air purification system – at the LOWEST price, exclusively for NaturalHealth365 readers.  I, personally use this system in my home AND office.  Click HERE to order now – before the sale ends.

While millions do take acetaminophen without an immediate incident, experts are alarmed at the significant number of people that experience serious health problems.  Keep in mind, like all medications, there is a bioaccumulative effect that must be considered a risk.

While it’s clear that overuse of acetaminophen can lead to liver issues, acute liver failure and even death, you’d hardly know it from reading the label.  An alarming number of issues also arise in people who are malnourished and take acetaminophen without adequate levels of glutathione in their bloodstream – an antioxidant the liver needs to metabolize acetaminophen.

However, as you would probably expect, this fact about glutathione is not emphasized on acetaminophen labels, either.

Despite widespread alarm and calls for more safety measures as well as educational campaigns, the FDA continues to delay taking action to help protect the public from acetaminophen risks.  Bottom line: it’s up to you – as the health-conscious consumer – to educate yourself about the risks associated with acetaminophen toxicity and find safer alternatives for pain relief.

LeanMachine comment: Acetaminophen in the USA is exactly the same as Panadol, Paracetamol and similar names in Australia. Dis drug, marketed as “Safe and effective” is neither safe nor effective, and has proven links to Autism – see my article on Autism Spectrum Disorder. LeanMachine uses supplements of L-Glutathione (reduced form) regularly and has not had a cold or flu or even a headache in 10 years, or any need to take pain relievers. Watch for my upcoming pain article.