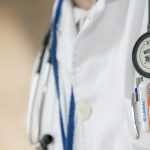 (NaturalHealth365) A leaked top-secret conversation between the editors of two of the world’s leading medical journals is sending shock waves throughout the natural health community. The stunning conversation appears to reveal the role of scientists as mere puppets in a corrupt shadow play engineered by Big Pharma -and contains allusions to Big Pharma’s efforts to rig studies to discredit certain drugs (in this case, hydroxychloroquine) in order to eventually market more expensive medications.

The scandal began when both The Lancet and the New England Journal of Medicine published an article seeming to show that the off-patent drug hydroxychloroquine is of no medical benefit in treating COVID-19 – and may even be dangerous.  But the leaked conversation – along with a “sketchy” connection to a suspect database – is casting doubt on the study’s credibility (to put it mildly!)

The BIG question: Does this leaked conversation reveal  hydroxychloroquine was “trashed” for the sake of vaccine profits down the road?

For many, the use of hydroxychloroquine (HCQ) to prevent or treat COVID-19 remains controversial. While President Trump swears by it – and has famously taken it himself – the head of his COVID-19 task force, Anthony Fauci, MD, expresses skepticism about its efficacy.

In an influential study published in The Lancet on May 22, 2020, the authors claimed to have analyzed data from nearly 96,000 COVID-19 patients in 671 different hospitals, who received either HCQ by itself or in conjunction with other medications.

The authors concluded that they were unable to confirm any therapeutic benefit of HCQ.  In fact, they reported that it led to decreased in-hospital survival, while increasing the frequency of ventricular arrhythmias.

The article was eventually published by the NEJM as well.

This conclusion, which made headline news around the world, led to the World Health Organization (WHO) cancelling its clinical HCQ trials.  It was seized upon by many media pundits, who turned it into a “political football” and used it to roundly mock supporters of HCQ.

Doesn’t it sound as though HCQ has been thoroughly discredited?  Not so fast!

Within a week, problems with the credibility of the review came to light. And these were so serious that some have dubbed the entire affair “LancetGate.”

For one thing, Surgisphere – the company which provided the data for the study – was founded by Dr. Sapan S. Desai, who just happens to be one of the article’s co-authors.

In an investigation conducted by British publication The Guardian, more damning revelations emerged.

According to reports, The Guardian contacted seven different Australian hospitals (which supposedly participated in the study).  All denied any knowledge of Surgisphere and disavowed any role in a database.

Other “red flags” popped up, as well.

Surgisphere claims to obtain its data from a massive health-care data analytics platform, and to function as one of the largest and fastest hospital databases in the entire world.  Yet the company currently lists a mere three employees, appears to have little online presence and maintains a very minimal footprint on social media platforms.

Even more troubling: reports suggest that one “science editor” at Surgisphere is reputedly a science fiction author and fantasy artist, while a marketing executive appears to moonlight as an adult content model and events hostess!

The point is not to ridicule these individuals’ career choices – but these professions don’t exactly broadcast scientific or statistical credibility … do they?

It’s no wonder that many believe that Surgisphere is nothing more than a lucrative front that invents data to be used by Big Pharma to discredit inexpensive off-patent drugs in order put the media spotlight on high-profit pharmaceutical drugs and vaccines.

Important update: the study has now been officially retracted by The Lancet, which cited questions about the “veracity of the data.”  Independent peer reviewers reportedly found that Surgisphere, citing confidentiality concerns, refused to transfer the full data set for analysis.

Whoops! Leaked conversation establishes that editors are aware that journals are shilling for corrupt Big Pharma

Now, a leaked conversation between the editors of the two journals has shown that they are fully aware that the data may be faked.  In a conversation with the editor of the New England Journal of Medicine, Richard Horton, the Editor-in-Chief of The Lancet, allegedly made the following statement.

“We are not going to be able to … publish any more clinical research data because the pharmaceutical companies are so financially powerful today … as to have us accept papers which are apparently methodologically perfect but which in reality manage to conclude what they want them to conclude.”

“So financially powerful,” and “manage to conclude what they want them to conclude…”

Let that sink in a moment.

The conversation was revealed by Phillipe Douste-Blazy, M.D., a renowned cardiologist and researcher — who also happens to be the former Health Minister of France.  Click this link for video of the bombshell interview with Dr. Douste-Blazy.

The shameful legacy of “LancetGate” may include (preventable) loss of life

Natural health advocates point out that smearing hydroxychloroquine as ineffective against COVID-19 leaves the field open for Big Pharma to ride to the rescue with its vaccine – incidentally, reaping hundreds of billions of dollars in profits while potentially costing hundreds of thousands of lives.

The truth is: both The Lancet and the NEJM are largely funded by the pharmaceutical giants.  With a massive pocketbook for funding, Big Pharma can easily purchase fabricated data, stifle and censor criticism and maintain their virtual monopoly on science, media and advertising messaging.

Dr. Douste-Blazy, at the center of the controversy, has a scathing observation on the scandal.  While most doctors look at the COVID-19 outbreak and see “suffering,” the physician commented, other individuals see “dollars.”

If true, LancetGate is surely one of the most outrageous scientific frauds ever perpetrated.


« 5 Top Anxiety-Relieving Foods
The Most Important Paper Dr. Mercola Has Ever Written »