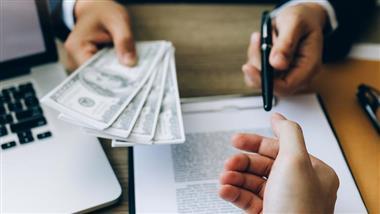 The fact that the U.S. Centers for Disease Control and Prevention accepts millions of dollars in funding from drug companies and vaccine makers is no minor problem. It may in fact be at the very heart of why so many harmful and nonsensical health recommendations end up being pushed down our throats.

The CDC has long fostered the perception of independence by stating it does not accept funding from special interests. In disclaimers peppered throughout the CDC website1 and in its publications, it says the agency “does not accept commercial support” and has “no financial interests or other relationships with the manufacturers of commercial products.”

CDC Gets Millions From Corporate Interests

In reality, the CDC does in fact accept millions of dollars each year from commercial interests through its government-chartered foundation, the CDC Foundation, which funnels those contributions to the CDC after deducting a fee.4

On the CDC Foundation’s website, you’ll find a long list5 of “corporate partners” that have provided the CDC with funding over the years. The petition also points out that the CDC media office states the agency “has, can and does accept commercial support,” which is a clear contradiction to its printed disclaimers. Furthermore:

“CDC even accepts earmarked money via the CDC Foundation, allowing manufacturers to fund studies or programs whose results would either expand their profits or reduce their liability exposure,” the petition states.6

“For example, the BMJ reported that ‘in 2012, Genentech earmarked $600,000 in donations to the CDC Foundation for CDC’s efforts to promote expanded testing and treatment of viral hepatitis. Genentech and its parent company, Roche, manufacture test kits and treatments for hepatitis C’ …

The CDC Foundation also accepted $1.7 million from the Central American sugar industry for studies on chronic kidney disease which have been criticized for being biased towards the sugar industry, by not asking the best questions.”

According to the petition,7 the CDC accepted $79.6 million from drug companies and commercial manufacturers between 2014 and 2018 alone. Since its inception in 1995, the CDC Foundation has accepted $161 million from private corporations.

As reported by the Lown Institute,8 which aims to advance “a just and caring system for health to replace the current, failing model rooted in profit-driven, low-value care”:9

“Many of these contributions could be seen as conflicts of interest — for example, a $193,000 donation from Roche, the maker of antiviral drug Tamiflu, to fund a CDC flu prevention campaign.

Despite the significant funding the CDC receives from industry via its foundation, few were aware of these conflicts until Jeanne Lenzer called attention to the foundation in The BMJ10 a few years ago.

The petition asks the CDC to stop publishing the false and misleading disclaimers, remove all previously published disclaimers from the CDC website and its publications, and to issue corrections, retroactively disclosing the agency’s financial relationships with industry.

“By issuing these false disclaimers, CDC is misleading health professionals, consumers and others both in the United States and around the world,” the petition states.11

“This deception undermines CDC’s credibility and integrity. But the damage here is not merely to the CDC itself. CDC is a national and global leader on medical and public health matters. It is crucial for the CDC to lead by example on matters of ethics, and, at a minimum, to faithfully and truthfully disclose its conflicts of interest.”

“That the CDC accepts millions from corporations directly impacted by the agency’s public health programs is indefensible. So, the CDC instead has adopted the strategy of repeatedly denying that it accepts such payments.”

“It’s time for the CDC to be truthful with health professionals and all Americans, and to stop denying that it takes corporate money. The CDC is violating the public trust by misleading us in this way.”

The CDC is supposed to be a public health watchdog. It has tremendous credibility within the medical community, and part of this credibility hinges on the idea that it’s free of industry bias and conflicts of interest.

By accepting money from drug companies and vaccine makers, one has to wonder whether that money might be having an impact on the agency’s health recommendations.

Again and again, investigations have shown that funding plays an enormous role in decision-making and in research outcomes. As noted by Shannon Brownlee, senior vice president for the Lown Institute, government-chartered foundations:14

“… exist at least in part because they allow industries to directly fund and thus control the work of agencies that are either supposed to regulate them, or conduct research that can help or hurt their business.”

When you start to investigate, there’s no shortage of telltale signs suggesting the CDC isn’t nearly as independent as it claims to be. Some have already been noted in the CDC petition, but there are plenty of others as well.

For example, in 2016, Barbara Bowman, Ph.D., director of the CDC’s Division for Heart Disease and Stroke Prevention, quickly resigned after it was revealed she aided a Coca-Cola representative in efforts to get World Health Organization officials to relax WHO’s sugar limits.

I wrote about this in “CDC Executive Resigns After Being Caught Colluding with Coca-Cola to Salvage Soda Market.” Shortly thereafter, CDC director Dr. Brenda Fitzgerald was found to have received funding from Coca-Cola for her anti-obesity campaign, which had a near-exclusive focus on exercise, not the impact of soda and sugary junk food. This was reported in “Public Health Agency Sued for Coke Collusion.”

In a November 4, 2019, article15 in Eye on Annapolis, Josh Mazer discusses how the CDC is funding state health programs aimed at implementing mandatory HPV vaccinations:

“The Maryland Prevention and Health Promotion Agency (PHPA) has received millions … as part of an effort to require public schools to force children to get the human papilloma virus (HPV) vaccination.

Those funds came in the form of grants from the Centers for Disease Control and Prevention (CDC). The CDC maintains a nonprofit foundation that gets enormous amounts of money from Big Pharma — including Merck, the company that produces Gardasil, the HPV vaccine. At the very least, Maryland’s acceptance of those funds has the appearance of impropriety …

During a PHPA-hosted ‘HPV symposium’ attended by state pediatric practices and Maryland Department of Health staffers in March 2018 … the featured speaker — Dr. Alix Casler — encouraged attendees to offer free dinners, bottles of wine, and ‘Quality Doctor Incentives $’ sales bonuses to get Maryland physicians on board with the HPV vaccine-pushing program …

In 2016, the Maryland Partnership for Prevention — which lists the Maryland Department of Health as its top member — accepted $70,000 from the Association of Immunization Managers (AIM).

AIM’s top ‘Corporate Alliance Members’ are Merck, Pfizer, Sanofi Pasteur and Seqirus. That same year, legislation was introduced in Maryland to mandate the shot … Despite the deaths and the ongoing health-safety questions related to the HPV vaccine, Maryland PHPA has continued using our schools to push Merck’s product.”

Mazer’s observations are unlikely to be coincidental, as the CDC is a primary contributor to the National Association of County and City Health Officials (NACCHO), which lobbies for mandatory vaccinations and the elimination of personal belief exemptions to vaccination nationwide.16 As such, the CDC is actively using industry donations to promote a for-profit industry agenda.

It should be clear by now that the justifications given for why personal belief exemptions need to be abolished are nothing but a ploy to make money off mandatory vaccines.

In recent times, the measles-mumps-rubella (MMR) vaccine has been the target vaccine used to ban vaccine exemptions, under the pretense that measles is a lethal disease that needs to be eradicated. However, as predicted, it didn’t take long before other, completely unnecessary vaccines were tacked on to the mandated vaccines list.

As just one egregious example, a bill introduced in New York (S298/A2912) now seeks to require children to receive the HPV vaccine — one of the most dangerous and unnecessary vaccines ever made — in order to attend public school or day care.

There are hundreds of vaccines in the pipeline for children and adults, and once vaccine exemptions are eliminated in your state, you can expect many more to be mandated.

At that point, you’ll have no way of opting out of any of them. Measles was really just the Trojan Horse used to eliminate vaccine exemptions and strengthen mandatory vaccination laws. As noted by Children’s Health Defense in a June 6, 2019 article:17

“ACIP’s industry-beholden membership roster reads like a ‘who’s who’ of the individuals and organizations who spearhead the nation’s vaccine business … The agency’s involvement with vaccine manufacturers also extends to patents, licensing agreements and collaboration on projects to develop new vaccines.

In fact, the CDC and the National Institutes of Health (NIH) profit handsomely from their ownership or co-ownership with private sector partners of vaccine-related patents.

By May 2019, the search terms ‘Centers for Disease Control and Prevention vaccines’ retrieved 143 results in the Google Patents search engine,19 and a separate legal website displayed 10 screens worth of CDC patents,20 both vaccine- and non-vaccine-related.

Some of the key technologies underlying the development of the HPV vaccines Gardasil and Cervarix emerged from research patented by the NIH’s National Cancer Institute (NCI), which then licensed the technology to Merck, MedImmune and GlaxoSmithKline. By 2009, HPV licensing had become NIH’s top generator of royalty revenues.”

Children’s Health Defense goes on to cite an in-depth investigation by Mark Blaxill, published in Age of Autism, in which he notes that:21

“Gardasil is perhaps the leading example of a new form of unconstrained government self-dealing, in arrangements whereby [HHS] can transfer technology to pharmaceutical partners, [and] simultaneously both approve and protect their partners’ technology licenses while also taking a cut of the profits.”

Your Help Is Needed!

To help push for greater transparency, please contact the U.S. Department of Health & Human Services today at scheduling@hhs.gov and let them know that you demand the CDC:

As noted by Lown Institute, disclosing existing conflicts of interests is an important first step in the creation of a “clearer separation between government agencies meant to serve the public interest and industry companies,” but it shouldn’t end there. We also need to abolish the loophole that allowed this hidden industry influence to take root in the first place — the government-chartered foundations.

“We need to question why these foundations exist and push for more public funding of these agencies, rather than force public health agencies to rely on industry funding for their programs and compromise their independence,” Lown Institute writes.22


« Better Than Zoloft for Depression: Rhodiola
The “One Size Fits All” Global Vaccine Agenda »