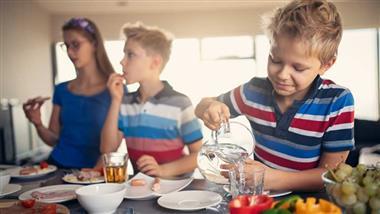 Children experience greater exposure to chemicals pound-for-pound than adults and have an immature and porous blood-brain barrier, which allows greater chemical exposures to reach their developing brain. As a result, early exposures can have devastating, lifelong ramifications.

For example, as noted in the scientific review,1 “Neurobehavioral Effects of Developmental Toxicity,” published in the March 2014 issue of The Lancet, elevated fluoride exposure from drinking fluoridated water can contribute to a seven-point drop in a child’s IQ score,2 on average, and that’s just one of the thousands of chemicals children are exposed to on any given day.

As reported by c&en in 2017, the U.S. Environmental Protection Agency lists more than 85,000 chemicals found in the marketplace,3 and the list keeps getting longer. Of those, a mere 1% have been tested for safety.4

The Lancet paper identified 11 industrial chemicals known to disrupt brain development and cause brain damage, neurological abnormalities, reduced IQ and aggressiveness in children and, according to the authors:5

“We postulate that even more neurotoxicants remain undiscovered. To control the pandemic of developmental neurotoxicity, we propose a global prevention strategy.

Untested chemicals should not be presumed to be safe to brain development, and chemicals in existing use and all new chemicals must therefore be tested for developmental neurotoxicity. To coordinate these efforts and to accelerate translation of science into prevention, we propose the urgent formation of a new international clearinghouse.”

Alas, to this day, a truly comprehensive global prevention strategy to protect children from toxic chemicals has yet to be implemented. Ditto for efforts to increase protections within the U.S. In 2010, then-U.S. Sen. Frank Lautenberg announced he would introduce a safer chemicals bill to amend the Toxic Substances Control Act (TSCA).6 As reported by Safer Chemicals at the time:7

“In opening remarks, Senator Frank Lautenberg said ‘the American public is a living breathing repository for chemical substances,’ and that as a result of inadequate testing of toxic chemicals, children have become test subjects.

‘Our children should not be used as guinea pigs,’ said Senator Lautenberg … Senator Lautenberg said his new bill would give the EPA the tools it needs to protect the public from unsafe chemicals by requiring testing of all chemicals in commerce and collecting data about harm to human health before chemicals can be added to consumer products.”

EPA is not protecting you and your family

Alas, by the time 2018 rolled around, it became clear the updated TSCA had accomplished nothing. As reported in an Environmental Defense Fund blog post, dated February 5, 2018:10

“Last August, Scott Pruitt announced that the Environmental Protection Agency (EPA) would reverse course in its conduct of risk reviews of new chemicals under the reforms made in 2016 to the Toxic Substances Control Act (TSCA) by the Lautenberg Act.

The changes will effectively return the program to its pre-Lautenberg state — under which few chemicals were subject to any conditions and even fewer to any testing requirements — or make it even weaker.”

The blog describes some of the political wranglings that led the EPA to reverse course under the influence of the American Chemistry Council. A December 19, 2017, article in The New York Times also reported on the rollback, stating:11

“The Environmental Protection Agency will indefinitely postpone bans on certain uses of three toxic chemicals found in consumer products, according to an update of the Trump administration’s regulatory plans.

Critics said the reversal demonstrated the agency’s increasing reluctance to use enforcement powers granted to it last year by Congress under the Toxic Substances Control Act.

E.P.A. Administrator Scott Pruitt is ‘blatantly ignoring Congress’s clear directive to the agency to better protect the health and safety of millions of Americans by more effectively regulating some of the most dangerous chemicals known to man,’ said Senator Tom Carper, Democrat of Delaware and the ranking minority member on the Senate Environment and Public Works committee.”

Unfortunately, neurotoxicity tends to be largely overlooked because the effects are not as readily and visibly demonstrable as birth defects, for example. As noted in The Lancet paper:12

“David P Rall, former Director of the US National Institute of Environmental Health Sciences, once noted that ‘if thalidomide had caused a ten-point loss of intelligence quotient (IQ) instead of obvious birth defects of the limbs, it would probably still be on the market.’

Many industrial chemicals marketed at present probably cause IQ deficits of far fewer than ten points and have therefore eluded detection so far, but their combined effects could have enormous consequences.”

To put it bluntly, children are being used as guinea pigs and virtual poison detection devices. Oftentimes, it’s only after decades of exposure that the effects become apparent, at which point countless children have already paid the price with their health.

While some sources of toxic exposure may be readily apparent, a vast majority is not. Most parents don’t consider the possibility of children’s toys, nursing pillows or car seats being a source of continuous toxic exposure, for example. Just how pervasive are the toxic exposures to our children? Read on to find out.

Most recently, a June 26, 2019, article13 in The Guardian reports that “hundreds of thousands of children in the U.S. remain at risk of exposure to lead, which causes cognitive and behavioral deficits.” Of the 31 states that have reported statistics on the percentage of children with elevated lead levels, Louisiana and Kentucky are among the worst.14

As noted in this article, many older homes still contain lead-based paint. Anna Almendrala tells the story of a young mother whose 2-year-old son developed the habit of gumming the window sills.

Initial blood testing revealed her son, who was already diagnosed with autism, had a lead level of 24 micrograms per one-tenth liter of blood, “almost five times higher than the reference point the US Centers for Disease Control and Prevention (CDC) uses to recommend a lead intervention,” Almendrala writes.15

Further testing revealed his blood level was 49 mcg, nearly 10 times higher than the recommended intervention threshold. Lead abatement inside the home revealed “lead hotspots on the door frames, window sills, and in her son’s bedroom closet.”

This story may sound like an anomaly, as lead-based paint was banned for use in housing in 1978.16 However, there are many older homes, and few families ever consider it might contain toxic remnants from years past.

The U.S. Department of Housing and Urban Development estimates as many as 24 million U.S. residences built before 1978 still contain lead hazards, and in June 2019 announced $330 million in grants will be distributed to clean up lead and other safety hazards in low-income housing communities.17 Almendrala writes:18

“When it comes to lead exposure in America, we still don’t have a clear picture of how many children are being exposed to the neurotoxin and where they are.

This leaves hundreds of thousands of children vulnerable to the dangers of lead, and compounds inequality in the form of cognitive and behavioral deficits that can hamper communities for generations. Experts say that it’s possible to eradicate lead from American infrastructure, but that we don’t prioritize it.

‘We are currently doing things backwards [by] using children’s blood as detectors of environmental contamination,’ said Dr Mona Hanna-Attisha, the pediatrician who famously uncovered elevated levels of lead in her pediatric patients and linked it to a new water source in Flint, Michigan. ‘The screening that needs to happen is in the environment before children are ever exposed.’”

Our food supply has also become a notorious source for toxic exposures, ranging from herbicides and pesticides to antibiotics and food additives of questionable safety (having never undergone safety testing). For a list of some of the most common food additives to avoid, see “What Chemical Cocktail Is in Your Food?”

Tests have indeed confirmed that those who eat nonorganic foods as a general rule have far higher levels of toxins in their system.19 In 2015, Joseph E. Pizzorno, founding president of Bastyr University, told The Sydney Morning Herald that toxins appear to be a primary culprit in most chronic diseases, and that “Pesticides used on the food people eat are a better predictor of Type 2 diabetes than any other factor we have today.”20

Of these, pesticides and methylmercury are both found in our diet (fish and seafood being the primary route of exposure for mercury23), while drinking water is an increasingly common source of lead.

In 2015, a report24 by the International Federation of Gynecology and Obstetrics25 warned that mounting chemical exposures now represent a major threat to human health and reproduction, stating that “prenatal exposure to chemicals and poor health outcomes are increasingly evident.”

The CHAMACOS Study26,27 is among those showing that very small amounts of pesticides may be harmful, in this case to children’s brains. It followed hundreds of pregnant women living in Salinas Valley, California, an agricultural mecca that has had up to a half-million pounds of organophosphates sprayed in the region per year.

The children were followed through age 12 to assess the impact the pesticides had on their development. It turns out the impact was quite dramatic. Mothers’ exposure to organophosphates during pregnancy was associated with:28

Brenda Eskenazi, chief investigator of the CHAMACOS study, also noted that the effects of combined chemical exposures need further attention, as we still know very little about the synergistic effects of different chemicals.29

In 2015, an Endocrine Society task force also issued its second scientific statement30 on endocrine-disrupting chemicals, noting that the health effects of hormone-disrupting chemicals are such that everyone needs to take proactive steps to avoid them. The statement also calls for improved safety testing to determine which chemicals may cause problems.

As far back as 2002, a paper31 in Environmental Science & Technology warned that endocrine disrupting 4-nonylphenols (NPs) “are ubiquitous in food,” but that’s certainly not the only source. As noted by the U.S. National Institute of Environmental Health Sciences:32

“A wide range of substances, both natural and man-made, are thought to cause endocrine disruption, including pharmaceuticals, dioxin and dioxin-like compounds, polychlorinated biphenyls, DDT and other pesticides, and plasticizers such as bisphenol A. Endocrine disruptors may be found in many everyday products — including plastic bottles, metal food cans, detergents, flame retardants, food, toys, cosmetics, and pesticides.”

One class of endocrine disrupting chemicals, per- and poly- fluorinated alkyl substances (PFAS),33 commonly used in a wide variety of products, including nonstick food wrappers and containers, are also pervasive in the U.S. food supply, and at levels far exceeding the advisory limit for PFOA and PFAS in drinking water (there are currently no limits in food).

The testing, conducted by the U.S. Food and Drug Administration, was performed in 2017 as part of its Total Diet Study34 and presented35 at the 2019 meeting of the Society of Environmental Toxicology and Chemistry. PBS reported the findings, noting:36

“The levels in nearly half of the meat and fish tested were double or more the only currently existing federal advisory level for any kind of … PFAS. The level in the chocolate cake was higher: more than 250 times the only federal guidelines, which are for some PFAS in drinking water …

The FDA presentation also included what appeared to be previously unreported findings of PFAS levels — one spiking over 1,000 parts per trillion — in leafy green vegetables grown within 10 miles (16 kilometers) of an unspecified eastern U.S. PFAS plant and sold at a farmer’s market.”

In truth, to create a comprehensive list of common toxic exposures, let alone a listing of all potential ones, would require far more space than can be afforded here. That said, here’s a sampling of toxic exposure routes you may not have thought of before.

To protect yourself and your family — especially your little ones — consider addressing some of these exposures; replacing them with nontoxic alternatives. You can read more by following the hyperlinks to previous articles, where I also provide suggestions for replacements.