Cholesterol does not cause heart disease 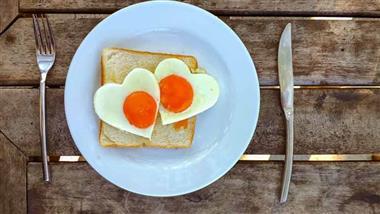 For the past six decades, the U.S. dietary advice has warned against eating cholesterol-rich foods, claiming dietary cholesterol promotes arterial plaque formation that leads to heart disease. We now have overwhelming evidence to the contrary, yet dogmatic thinking can be persistent, to say the least.

After decades’ worth of research failed to demonstrate a correlation between dietary cholesterol and heart disease, the 2015-2020 Dietary Guidelines for Americans1,2 finally addressed this scientific shortcoming, announcing “cholesterol is not considered a nutrient of concern for overconsumption.”

To this day, the evidence keeps mounting, showing there’s no link between the two. Similarly, the evidence supporting the use of cholesterol-lowering statin drugs to lower your risk of heart disease is slim to none, and is likely little more than the manufactured work of statin makers — at least that’s the implied conclusion of a scientific review3 published in the Expert Review of Clinical Pharmacology in 2018.

The 2018 review4 identified significant flaws in three recent studies “published by statin advocates” attempting “to validate the current dogma.” The paper presents substantial evidence that total cholesterol and low-density lipoprotein (LDL) cholesterol levels are not an indication of heart disease risk, and that statin treatment is of “doubtful benefit” as a form of primary prevention for this reason. According to the authors:5

“According to the British-Austrian philosopher Karl Popper, a theory in the empirical sciences can never be proven, but it can be shown to be false. If it cannot be falsified, it is not a scientific hypothesis. In the following, we have followed Popper’s principle to see whether it is possible to falsify the cholesterol hypothesis.

Our search for falsifications of the cholesterol hypothesis confirms that it is unable to satisfy any of the Bradford Hill criteria for causality and that the conclusions of the authors of the three reviews are based on misleading statistics, exclusion of unsuccessful trials and by ignoring numerous contradictory observations.”

As reported by Reason.com:6

“A comprehensive new study on cholesterol, based on results from more than a million patients, could help upend decades of government advice about diet, nutrition, health, prevention, and medication …

The study … centers on statins, a class of drugs used to lower levels of LDL-C, the so-called ‘bad’ cholesterol, in the human body. According to the study, statins are pointless for most people …

The study also reports that ‘heart attack patients were shown to have lower than normal cholesterol levels of LDL-C’ and that older people with higher levels of bad cholesterol tend to live longer than those with lower levels.”

Indeed, the authors of the Expert Review of Clinical Pharmacology analysis point out that were high total cholesterol in fact a major cause of atherosclerosis, “there should be exposure-response in cholesterol-lowering drug trials.”7 In other words, patients whose total cholesterol is lowered the most should also see the greatest benefit. Alas, that’s not the case.

Patients with high total cholesterol should also be at increased risk of death from CVD, but the researchers found no evidence of this either, not-so-subtly pointing out that this is “an idea supported by fraudulent reviews of the literature.” They provide the following example of how research has been misrepresented:9

“The hypothesis that high TC [total cholesterol] causes CVD was introduced in the 1960s by the authors of the Framingham Heart Study. However, in their 30-year follow-up study published in 1987, the authors reported that ‘For each 1 mg/dl drop in TC per year, there was an eleven percent increase in coronary and total mortality’.

Three years later, the American Heart Association and the U.S. National Heart, Lung and Blood Institute published a joint summary concluding, ‘a one percent reduction in an individual’s TC results in an approximate two percent reduction in CHD risk’. The authors fraudulently referred to the Framingham publication to support this widely quoted false conclusion.”

To determine whether the three reviews under analysis had misrepresented previous findings, they scoured the three papers for quotations from 12 studies reporting results “discordant with the cholesterol hypothesis.” Only one of the three reviews had quoted articles correctly, and even then, only two of the dozen studies were quoted correctly.10

“About half of the contradictory articles were ignored. In the rest, statistically nonsignificant findings in favor of the cholesterol hypothesis were inflated, and unsupportive results were quoted as if they were supportive. Only one of the six randomized cholesterol-lowering trials with a negative outcome was cited and only in one of the reviews.”

The researchers also highlight a large meta-analysis that simply ignored “at least a dozen studies” in which no or inverse association was shown. Overall, the Expert Review of Clinical Pharmacology analysis found that “the association between total cholesterol and CVD is weak, absent or inverse in many studies.”

No link between LDL and heart disease either

The researchers cite studies showing “no association” between LDL and coronary calcification or degree of atherosclerosis. Ditto for LDL and CVD. In fact, a study looking at nearly 140,000 patients with acute myocardial infarction found them to have lower than normal LDL at the time of admission.

Even more telling, another study, which had originally reported similar findings, still went ahead and lowered the patients’ LDL even more. At follow-up three years later, they discovered that patients with an LDL level below 105 mg/dl (2 mmol/L) had double the mortality rate of those with higher LDL.12

Interestingly, the authors suggest this inverse relationship may be due to low LDL increasing your risk for infectious diseases and cancer, both of which are common killers.

They also review evidence showing older people with high LDL do not die prematurely — they actually live the longest, outliving both those with untreated low LDL and those on statin treatment. One such study13,14 — a meta-analysis of 19 studies — found 92% of individuals with high cholesterol lived longer.

Benefits of statin treatment are overblown

“Furthermore, the most important outcome — an increase of life expectancy — has never been mentioned in any cholesterol-lowering trial, but as calculated recently by Kristensen et al.,15 statin treatment does not prolong lifespan by more than an average of a few days,” the authors state.16

Considering the well-documented health risks associated with statins, this is a mind-bending finding that really should upend the dogma. And yet, the dogma remains, and may even strengthen in coming days.

JAMA editorial calls for end to ‘fake news’ about statins

The cholesterol myth has been a boon to the pharmaceutical industry, as cholesterol-lowering statins — often prescribed as a primary prevention against heart attack and stroke — have become one of the most frequently used drugs on the market. In 2012-2013, 27.8% of American adults over the age of 40 reported using a statin, up from 17.9% a decade earlier.17,18 But that was six years ago, I suspect over a third of adults over the age of 40 are now using statins.

As noted in a 2015 report,20 “statistical deception created the appearance that statins are safe and effective in primary and secondary prevention of cardiovascular disease.” The paper points out that by using a statistical tool known as relative risk reduction, the trivial benefits of statins appear greatly amplified.

Scientific findings such as these are the core reason why statins are given negative press. However, we may soon see a reversal in the news cycle, with negative statin articles being tagged as “fake news.”

According to a June 2019 editorial21 in JAMA Cardiology, written by cardiologist Ann Marie Navar,22 statins are the victim of “fear-based medical information,” just like vaccines, and this is what’s driving patient nonadherence. Cardiovascular Business reported:23

“We know that what people read influences their actions, Navar said, and indeed, one 2016 study in the European Heart Journal found that on a population level, statin discontinuation increased after negative news stories about statins surfaced in those communities.

In another study, more than one in three heart patients said they declined a statin prescription solely for fears of adverse effects. ‘Measles outbreaks are highly visible: a rash appears, public health agencies respond, headlines are made and the medical community responds vocally,’ Navar wrote.

‘In contrast, when a patient who has refused a statin because of concerns stoked by false information has an MI, the result is less visible. Nevertheless, cardiologists and primary care physicians observe the smoldering outbreak of statin refusal daily.’”

Cardiovascular Business summarizes Navar’s suggestions for how doctors can fight back against false information about statins and build adherence, such as handing out yearlong prescriptions with automatic refills.24

When I first wrote about the censorship of anti-vaccine material occurring on every single online platform, I warned that this censorship would not stop at vaccines. And here we’re already seeing the call for censoring anti-statin information by glibly labeling it all “fake news.”

Chances are, the censoring of anti-statin information is already underway. A quick Google search for “statin side effects” garnered pages worth of links talking about minor risks, the benefits of statins, comparison articles, looking at two different brands — in other words, mostly positive news.

The scientific fact is, aside from being a “waste of time” and not doing anything to reduce mortality, statins also come with a long list of potential side effects and clinical challenges, including:

How to assess your heart disease risk

As a general rule, cholesterol-lowering drugs are not required or prudent for the majority of people — especially if both high cholesterol and longevity run in your family. Remember, the evidence overwhelmingly suggests your overall cholesterol level has little to nothing to do with your risk for heart disease.For more information about cholesterol and what the different levels mean, take a look at the infographic above. You can also learn more about the benefits of cholesterol, and why you don’t want your level to be too low, in “Cholesterol Plays Key Role in Cell Signaling.” As for evaluating your heart disease risk, the following tests will provide you with a more accurate picture of your risk: