Chronic Use of Heartburn Prescriptions Can Cause Diabetes 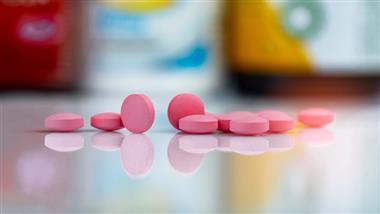 Heartburn is one of the primary symptoms of gastroesophageal reflux disease (GERD). It feels like a burning sensation behind the breastbone, which can move to the neck and throat. Sometimes you may also taste a sour, bitter fluid, which is the regurgitation of stomach acid from your esophagus.1 Some individuals with GERD may also have other symptoms such as asthma, cough and laryngitis.

GERD is a common problem with an increasing prevalence in the general population. Traditionally, the incidence was higher in middle-aged and older adults.2 However, there recently has been a rise in the number of younger people (30 to 39 years) who are seeking medical care for GERD.

The severity of heartburn appears to correspond with major life stressors. Researchers have not found that severity increases with fluctuations in mood but rather from sustained stress, which exacerbates heartburn symptoms.3

“This analysis, showing that many Americans are turning to medications for relief, demonstrates the serious impact COVID-19 may be having on our nation’s mental health.”

Long term use of proton pump inhibitors (PPI) to control heartburn, such as Nexium, Prevacid or Prilosec, has been linked with significant health conditions. The authors of a recent study published in the BMJ journal Gut sought to evaluate the association between regular use of PPIs and Type 2 diabetes.5

They undertook a prospective analysis of 204,689 people enrolled in three ongoing studies, including the Nurses’ Health Study. In this cohort they found 10,105 cases of diabetes. People who regularly took a PPI had a 24% increased risk compared to nonusers.

The researchers found that regular use raised an individual’s risk of Type 2 diabetes and the risk grew with the length of time an individual took the medication. They concluded that “Physicians should therefore exercise caution when prescribing PPIs, particularly for long-term use.”6

There is evidence that PPIs alter the gut microbiome, which may trigger an association with Type 2 diabetes. In one study of 1,827 healthy twins, researchers found that PPI use was associated with a lower number of gut microbiota and lower microbial diversity.7

Researchers leading a separate study found that oral microbiota were over-represented in fecal microbiomes of people who used PPIs consistent “with changes towards a less healthy gut microbiome.” These changes are also in line with “known changes that predispose to C. difficile infections and can potentially explain the increased risk of enteric infections in PPI users.”8

As pointed out in Medpage Today, there were limitations to the PPI-diabetes study as it was observational and the researchers could not exclude other confounding effects, such as PPI dosage, frequency and brand. Study authors were cited in the Medpage Today article as saying:10

“At a population level, PPIs may have an even more pronounced effect on gut microbiome than other commonly used drugs such as antibiotics, leading to warnings of overuse of PPIs and calls for further investigation into the sequelae of long-term PPI consumption.”

In addition to prescription PPIs, there are over-the-counter medications for treating heartburn. Two of the medications, Zantac and Axid, have tested positive for the carcinogenic N-nitrosodimethylamine (NDMA) once used in the commercial production of rocket fuel.11

The results from animal testing showed that it significantly increases the risk of cancer, so the chemical is now used only for research purposes. In February 2020, the heartburn drugs and others were recalled due to contamination with NDMA.12,13 Since the compound may be absorbed from the environment, food, tobacco or medications, the FDA established an acceptable intake level of 96 nanograms per day.

As a comparison, this is 0.000096 of 1 milligram (mg) and a grain of salt is about 1 mg.14 One lot of recalled high blood pressure medication valsartan tested at 200 times this limit.15 Disturbingly, the authors of a 2019 report in Bloomberg suggested the contamination may have been the result of prioritizing profitability over quality testing and streamlining manufacturing methods.16

However, this isn’t the first time carcinogens like NDMA have gotten into the generic drug supply, which raises serious questions about the FDA’s ability to ensure drug safety. As reported by Bloomberg, one of the blood pressure medications contained as much as 17 micrograms per pill, which is estimated by European health regulators to trigger cancer in 1 in every 3,390 people.

Disturbingly, a lax FDA approach to inspections that reveal faked quality testing is not unusual. Bloomberg spoke to Michael de la Torre, who runs a database of FDA inspections.

According to Torre, in the five years up to 2019, the FDA issued warning letters in response to faked data just 25% of the time. The bottom line is, this exposure resulted largely from a reliance on drugs for a symptomatic bandage that in no way treats the cause of the disease.

List of Dangers but No Special Monitoring for Long-Term Use

As I’ve written before, PPIs are linked to several negative health conditions. For example, long term use of proton pump inhibitors encourages bacterial overgrowth in your digestive tract,17 leading to the malabsorption of nutrients linked to inflammation of the stomach wall.18

Lowering your stomach acid may also reduce the amount of calcium absorption, which can lead to osteoporosis.22 Research data has linked long-term, dose-dependent use with an increased risk of hip fracture.23

As described in a JAMA article, scientists speculate the rising number of people diagnosed with chronic kidney disease may be attributed to the increased number of people using PPIs.24 Lead author Benjamin Lazarus, from the University of Queensland in Brisbane, Australia, comments:25

“Study findings suggest that up to 70% of these prescriptions are without indication and that 25% of long-term PPI users could discontinue therapy without developing symptoms. Indeed, there are already calls for the reduction of unnecessary use of PPIs.”

Each of these health conditions are potential long-term risks. However, in a recent study of 86,602 respondents, researchers found people taking a PPI twice a day had four times the risk of those who did not take the drugs.27,28

There are those who are not yet convinced that the use of PPIs comes with dangerous adverse effects. Dr. Daniel Freedberg from Columbia University, who was not involved in the study, spoke with Medpage and called the results “very weak.”

Despite mounting scientific evidence that the drugs cause significant and potentially dangerous side effects, Freedberg points out that the medical association that develops clinical guidelines, the American Gastroenterological Association, has not advised monitoring patients using long-term PPIs for adverse side effects and the current study is unlikely to change the status quo.29

Digestion of your food begins in your mouth as the food is broken into smaller pieces and mixed with saliva. Once in the stomach, food mixes with hydrochloric acid30 and moves into the small intestine. Inside the stomach there is a muscular valve called the lower esophageal sphincter that prevents food or acid from moving back up.31

When this sphincter relaxes inappropriately it allows acid to reflux into the esophagus and burn tissue that cannot withstand the low pH. As I’ve written, in extremely rare situations, acid reflux is caused by an excessive amount of acid in the stomach. However, in the vast majority of cases acid reflux, heartburn and GERD are related to:

Consider this simple test as a rough indicator of how much acid your stomach produces. By finding out if your stomach acid level is low it will help you develop a plan to reduce your chronic pain.

More accurate testing involves taking a stool sample to determine whether you might have an enzyme and/or hydrochloric acid deficiency.37 It could also identify bacterial or fungal imbalances that might contribute to your condition.

Research has also shown that both sauerkraut and cabbage juice can stimulate your body to produce stomach acid.38 Using fermented juice from raw sauerkraut before your meal helps to naturally balance and nourish your gut with valuable bacteria and improve your digestion.

Reseeding your gut with beneficial bacteria not only helps balance your bowel flora but helps reduce or eliminate helicobacter naturally. Fermented foods and high-quality probiotic supplements help achieve these goals.

It is important to be aware that lectin-rich foods, such as grains and legumes, are potent enzyme inhibitors.39 This may reduce the function of your digestive system and produce or exacerbate heartburn.

If you’re currently taking PPIs, it’s vital you do not quit cold turkey. This can result in severe rebound acid hypersecretion.40 Instead, spend time detoxifying and eliminating it from your system by gradually weaning yourself off the drug.

Once you are down to the lowest dose, begin substituting the medication with an over the counter H2 blocker, such as cimetidine or Tagamet. After taking the H2 blocker without the PPI for a couple of weeks, you can start weaning from these drugs as well.

In the process, begin introducing alternative options to reduce your heartburn. Although heartburn is painful, there are also long-term side effects from the chronic burning in the esophagus, including:41,42

You have options at home to effectively treat heartburn, GERD and indigestion without using hazardous or habit-forming medications. I outline several, some of which will also improve your overall health, in “Heartburn Drugs Increase Mortality — How to Safely Address Indigestion.”


« FDA — Captured and Corrupt
Could This Be the Answer to AFib, NAFLD and Other Diseases? »