Cinnamon Helps With Blood Sugar, May Halt Onset of Diabetes 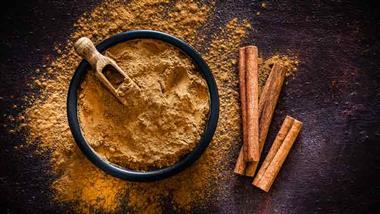 Researchers have been investigating the “insulin-like” effects of cinnamon for years, and the verdict is in: Cinnamon is a proven contender in the fight against diabetes.1 Recent research shows that it not only can reduce A1C levels in diabetic patients, but reduces blood pressure as well, along with a host of other benefits.

Cinnamon has been used for thousands of years as a spice, fragrance and medicine,2 and in ancient times was a valuable trade commodity considered to be as precious as gold and a fitting gift for emperors, kings and queens.3,4

Egyptians used it for embalming; in medieval Europe, it was not only used as a medicine for coughs, arthritis, bad breath, toothaches and sore throats, but was also included in religious rites.

As a commodity, the spice was marketed to royalty such as Indian kings and Egyptian sultans as early as the 10th century.5 By the 14th century it was well-established as an export product. Today, almost every part of the cinnamon tree including the bark, leaves, flowers, fruit and roots, is used and contains some beneficial properties.

The Many Health Benefits of Cinnamon

Before I delve into the many reasons to include cinnamon in your diet, you may not be aware that there are about 250 different species of the cinnamon plant, and they’re not all created equal in terms of your health.

Most of the cinnamon you find on grocery store shelves today is not actually true cinnamon, but rather belongs to the Cinnamomum cassia species, otherwise known as Chinese cinnamon or cassia cinnamon.

Cinnamomum verum, which is native to Sri Lanka, is known as Ceylon cinnamon, and its name translates to “true cinnamon.” While it is less common than Cassia cinnamon and therefore tends to be more expensive, it’s considered to be a “richer spice”6 and, importantly, contains lower levels of a chemical called coumarin, a powerful anticoagulant with potentially carcinogenic and toxic properties.

Cassia cinnamon can contain up to 1% coumarin while Ceylon typically contains only trace amounts (about 0.004%).7 That being said, there are bioactive antioxidants in cinnamon that, along with its high flavonoid content, have been shown to promote metabolic health and other benefits, including:8

Recent studies have also shown that cinnamon can inhibit platelet function and improve your cardiovascular system.27 Yet, even though the powers of cinnamon are well-established, they continue to be researched, with ongoing studies documenting still more health benefits, including helping to control the symptoms of dysmenorrhea28 (painful menstrual periods) and polycystic ovary syndrome (PCOS).29

Other research suggests cinnamon may help fight diabetes. When blood sugar levels are higher than normal, they can progress to a condition known as prediabetes, and then on to Type 2 diabetes, two conditions that an estimated 100 million Americans are thought to have.30

A diet high in carbohydrates is linked to prediabetes. When cinnamon supplements were given to prediabetic participants after they consumed a high-carb meal, they experienced lowered abnormal fasting glucose levels.31

In another study, blood glucose levels decreased by an average 15.95 after drinking cinnamon tea. A1C levels and triglycerides also were significantly reduced.32

In a related study,33 researchers showed that when individuals with prediabetes ingested cinnamon it helped reduce high blood glucose levels, improved glucose tolerance and had a tendency to slow the progression of prediabetes to Type 2 diabetes.

In addition to lowering blood sugar and blood pressure levels, cinnamon has also been found to inhibit Streptococcus mutans, which is a major cause of tooth decay.34 Studies also show it may alleviate Parkinson’s disease35 and may even improve your ability to learn by enhancing the power of your brain.36

Cassia or Ceylon: What’s the Difference?

As mentioned, there are two main types of cinnamon — cassia and Ceylon, true cinnamon.37 Cassia, or Chinese cinnamon, is darker and has a stronger flavor than Ceylon.38 Ceylon cinnamon is typically more expensive and harder to find in stores. It’s lighter in color than cassia and has what some describe as an almost citreous flavor.39,40,41

A powerful type of polyphenol found in Ceylon cinnamon is proanthocyanidins.42,43 Due to their molecular size, proanthocyanidins are typically too large to be absorbed in your stomach, and only become bioavailable in your small intestine.

When you ferment cinnamon, which is available in supplement form, these proanthocyanidins become bioavailable in your stomach to allow you to get far more of their benefits.

Are There Any Adverse Side Effects?

Despite the safety of using cinnamon as a dietary spice, if you’re considering supplementation there are possible adverse effects to be aware of, particularly with large doses or a long duration of use. Out of 38 clinical trials, five reported adverse effects,44 with gastrointestinal disorders and allergic reactions the most commonly reported.

Ceylon is less toxic than cassia cinnamon. That’s because cassia cinnamon contains high amounts of coumarin, which can cause liver damage. One study showed 63 times more coumarin in cassia cinnamon than the Ceylon variety in powder form, and 18 times more than in Ceylon sticks45 — another reason why you may want to rule out cassia cinnamon and replace it with Ceylon cinnamon, despite the expense.

How Much Is Enough?

You can reap the many benefits of cinnamon by eating or drinking just one-fourth to 1 teaspoon of cinnamon a day in your food or beverages. It’s easier than you think, but you’ll want to avoid gulping big spoons of dry cinnamon. The dry powder can cause choking and you could aspirate it into your upper airways and small passages of your lungs. It could also cause an inflammatory reaction.46

Instead, go the smart route. Sprinkle cinnamon liberally on your food or add a dash or two to your coffee or tea. Many coffee shops keep a shaker canister of cinnamon on the self-serve counter for just that reason.

An easy way to get your daily dose of cinnamon is to treat yourself to a cup of cinnamon tea. Simply boil a cinnamon stick (or two) in water for a few minutes, and you’ll have a spicy beverage that may have antimicrobial, antioxidant and anti-inflammatory effects, to name just a few of its benefits.

Change it up by adding a small amount of raw honey, a 1.5-inch piece of fresh, peeled ginger or the peelings from three organic apples. Keep in mind that cinnamon is not a cure all that will make up for poor dietary habits and lack of exercise, but adding it to your diet is a positive step.

Another way to utilize cinnamon for your own benefit? Researchers have found that when supplements containing a blend of cinnamon, curcumin, turmeric, chromium and alpha-lipoic acid were given to healthy individuals, they worked synergistically to provide a positive effect on blood lipids and also improved brain performance.47 So if you don’t like the taste of cinnamon, taking it in fermented supplement form is one alternative to still gain its many benefits.

– Sources and References
Posted in Diabetes, Supplements | One Comment »

One Comment to Cinnamon Helps With Blood Sugar, May Halt Onset of Diabetes