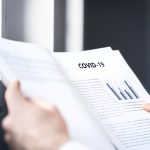 (NaturalHealth365) Public health officials commonly compare COVID-19 to seasonal influenza, often insisting that the former is far deadlier than the latter. Epidemiologists use figures such as the infection fatality rate in order to make these types of claims. But how truthful are they?

Earlier in October, the World Health Organization (WHO) released a bulletin that calls into question just how deadly the SARS-CoV-2 virus really is.

Estimates of death from SARS-CoV-2 “much lower” than initially believed, according to Stanford study

On October 14, 2020, the WHO released the results of a peer-reviewed study by Stanford University professor and physician, Dr. John Ioannidis. His study estimates the infection fatality rate of COVID-19 and the virus that causes it, SARS-CoV-2.

In case you need a refresher:

As you might imagine, it can be difficult to determine infection fatality rate – how do you know, after all, how many people have a disease if they haven’t even been diagnosed?  But historically, experts use surveillance and other methods to make their best possible estimates.

And these estimates matter, according to experts like Ioannidis. Infection fatality rates give officials an idea of “the probability of dying for a person who is infected,” which can help drive prevention measures and treatment.

You might also see how a disease could appear far deadlier than it actually is if only looking at the case fatality rate.  Why?  Because there could be many people with a disease who are never diagnosed and therefore aren’t accounted for when calculating case fatality ratio.

So, what did this recent study find?

In his study, Ioannidis analyzed the best available data from 61 studies and 8 national preliminary estimates. Here are a few of his main conclusions:

In his conclusion, Ioannidis states the “infection fatality rates tended to be much lower than estimates made earlier in the pandemic.”

What numbers should we believe? Confusion rages about COVID-19 as we enter cold and flu season

Ioannidis’s data is not alone, and other studies are also investigating how deadly this virus truly is. For example, a September 2020 study published in the Annals of Internal Medicine found that people younger than 40 had an infection fatality rate of just 0.01%.

The same study – which analyzed community-dwelling individuals from the state of Indiana – also estimated that people older than 60 had an infection fatality rate of a whopping 1.71%, but that the overall rate was 0.26%, nearly the exact same as Ioannidis’s findings.

Estimates can vary a lot depending on the location, population age, and other factors, so interpreting this data can be difficult. Many of these studies also have several limitations, including the possibility of response bias, false-positives, and misdiagnoses.

So, what’s the bottom line?

Estimates are just that – estimates.  Nobody knows for sure how deadly COVID-19 truly is right now. But preliminary data indicates it’s certainly not as deadly as initially believed … which calls into question the decision to shut down the global economy during the pandemic.

In the meantime, we don’t recommend sitting by and waiting for the statistics to shake out. Take this time to maximize your immune health:

And, of course, practice some common-sense preventive measures, like washing your hands and avoiding exposure to sick people.  Never forget: the key to a healthy life is a strong immune system.