COVID-19 Vaccine To Be Tested on 6-Year-Olds 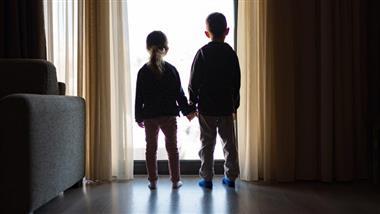 What’s more, when you look at vaccine-related deaths between January 2020 and January 2021, you find that COVID-19 vaccines account for a staggering 70% of the annual vaccine deaths, and that’s while having been available for less than two months. The first doses of Pfizer vaccine were given in mid-December 2020,2 while Moderna’s vaccine rolled out during the last week of December 2020.3

While these numbers are staggering, they’re likely only a tiny fraction of the actual number of adverse events. According to a U.S. Department of Health and Human Services study,4 fewer than 1% of vaccine adverse events are ever reported to VAERS.

This is primarily because VAERS reporting is voluntary. Many don’t even know it exists, or that you don’t have to be a medical professional to file a report. This would mean that there may, in reality, be over 1 MILLION COVID vaccine injuries, since 99% typically go unreported.

Report All COVID-19 Vaccine Side Effects

To address these shortcomings and monitor the public health effects of this mass vaccination campaign, the Children’s Health Defense is calling on all who have suffered a side effect from a COVID-19 vaccine to do three things:5

Despite the clear and present dangers of these so-called vaccines, which are in actuality gene therapy, COVID-19 vaccine makers are steamrolling ahead with trials on children as young as 6 years old.

As reported6 by the University of Oxford, which is collaborating on a COVID-19 vaccine7,8 with AstraZeneca, children between the ages of 6 years and 17 years and 8 months are eligible for participation at four U.K. centers. Those over the age of 16 do not even require a parent’s approval but can consent on their own. The remuneration for those putting their entire future at risk is £10 (about $14) per visit.

A total of 300 children are scheduled to participate, 240 of whom will receive the candidate vaccine while so-called controls will receive a meningitis vaccine. The lack of a true placebo is a red flag in and of itself, as using a vaccine as a “placebo” helps mask any number of common side effects, making the vaccine appear safer than it actually is.

Moderna started testing its RNA-based gene therapy on American children between the ages of 12 and 17 back in December 2020,10 and the first Pfizer trials involving adolescents began in mid-October 2020.11 In China, Sinovac and SinoPharm trials have been enrolling children as young as 3.12

Children Do Not Need This Vaccine

Considering children are at extremely low risk of severe COVID-19, and have been shown to not be a significant vector of infection,13 why do children even need this vaccine? Dr. Robert Frenck, lead investigator of the COVID-19 vaccine trials at Cincinnati Children’s Hospital, told ABC News:14

This is a standard justification, but it’s really little more than a mind game. In essence, children are being required to play Russian roulette with their health based on the premise that it will benefit the whole, but is it really reasonable to ask the youngest among us, who are at lowest risk from the infection, to sacrifice their health to, presumably, protect the elderly?

Studies15 have shown children not only very rarely transmit the disease, either between themselves or to adults, but also, if they get the disease, they virtually never suffer any serious complications. So Frenck’s argument really flies in the face of the available data. If children don’t transmit the disease, how can you get “a big handle” on it by vaccinating them?

In reality, this argument appears to be designed to coerce parents into vaccinating their children even though the public benefit from doing so is minimal. Rather than being a true public health incentive, it seems the drive to vaccinate children is more about increasing profits. Additionally, early reports suggest that the elderly also have a tendency to die shortly after the inoculation,16,17 which is raising suspicions and concern.

In children, the side effects are likely to be less immediately noticeable, but may instead result in future health problems. In a Microbiology & Infectious Diseases paper,18 immunologist Dr. J. Bart Classen warns the mRNA jabs may instigate adverse events that take years to fully develop.19

“One such potential adverse event is prion based diseases caused by activation of intrinsic proteins to form prions. A wealth of knowledge has been published on a class of RNA binding proteins shown to participate in causing a number of neurological diseases including Alzheimer’s disease and ALS,” Classen writes.

Since research had not been done to ascertain whether mRNA gene therapy might trigger prion-based disease, Classen conducted that study. He writes:20

“Analysis of the Pfizer vaccine against COVID-19 identified two potential risk factors for inducing prion disease is humans. The RNA sequence in the vaccine contains sequences believed to induce TDP-43 and FUS to aggregate in their prion based conformation leading to the development of common neurodegerative diseases.

In particular, it has been shown that RNA sequences GGUA, UG rich sequences, UG tandem repeats, and G Quadruplex sequences, have increased affinity to bind TDP-43 and or FUS and may cause TDP-43 or FUS to take their pathologic configurations in the cytoplasm.

The spike protein encoded by the vaccine binds angiotensin converting enzyme 2 (ACE2), an enzyme which contains zinc molecules. The binding of spike protein to ACE2 has the potential to release the zinc molecule, an ion that causes TDP-43 to assume its pathologic prion transformation.”

As detailed in “COVID-19 mRNA Shots Are Legally Not Vaccines,” these inoculations are more accurately described as gene therapies, and by referring to them as “vaccines,” the U.S. government is likely in violation of the 2011 U.S. Code Title 15, Section 1125,21 which regulates deceptive practices such as false descriptions in medical claims.

According to the U.S. Centers for Disease Control and Prevention,22 a vaccine is “a product that stimulates a person’s immune system to produce immunity to a specific disease, protecting the person from that disease.” Immunity, in turn, is defined as “Protection from an infectious disease,” meaning that “If you are immune to a disease, you can be exposed to it without becoming infected.”

Neither Moderna nor Pfizer claim this to be the case for their COVID-19 “vaccines.” In fact, in their clinical trials, they specify that they do not even test for immunity.

COVID-19 “vaccines” do not impart immunity or inhibit transmissibility of the disease. In other words, they are not designed to keep you from getting sick with SARS-CoV-2; they only are supposed to lessen your infection symptoms if or when you get infected. As such, these products do not meet the medical definition of a vaccine.

Unlike real vaccines, which use an antigen of the disease you’re trying to prevent, the COVID-19 injections contain synthetic RNA fragments encapsulated in a nanolipid carrier compound,23 the sole purpose of which is to lessen clinical symptoms associated with the S-1 spike protein, not the actual virus.

They do not actually impart immunity or inhibit transmissibility of the disease. In other words, they are not designed to keep you from getting sick with SARS-CoV-2; they only are supposed to lessen your infection symptoms if or when you do get infected.24,25 As such, these products do not meet the medical definition of a vaccine.

Not to worry, though, the Merriam-Webster dictionary recently updated its definition of “vaccine” to include mRNA technology,26 just in time for fact checkers to be able to “debunk” the entirely factual claim of the difference between true vaccines and mRNA technology.

Crazy enough, scientists are already discussing the potential for switching out conventional vaccines that use live or attenuated viruses with this novel RNA technology.27

Considering it’s a gene therapy that turns your cells into little “bioreactors” that spit out immune system activating proteins and have no off-switch, I don’t even want to imagine what might happen if a person were to receive several different ones.

mRNA Therapy Is a Bad Idea, Especially for Children

Aside from the possibility of prion-based diseases, reviewed above, many medical experts warn that mRNA gene therapy can trigger autoimmune problems and a wide range of inflammatory conditions. As just one example, in a recent interview, Judy Mikovits, Ph.D., explained the mechanics that make injecting RNA so hazardous:

“Normally, messenger RNA is not free in your body because it’s a danger signal. The central dogma of molecular biology is that our genetic code, DNA, is transcribed, written, into the messenger RNA. That messenger RNA is translated into protein, or used in a regulatory capacity … to regulate gene expression in cells.

So, taking a synthetic messenger RNA and making it thermostable — making it not break down — [is problematic]. We have lots of enzymes (RNAses and DNAses) that degrade free RNA and DNA because those are danger signals to your immune system. They literally drive inflammatory diseases.

Now you’ve got PEG, PEGylated and polyethylene glycol, and a lipid nanoparticle that will allow it to enter every cell of the body and change the regulation of our own genes with this synthetic RNA, part of which actually is the message for the gene syncytin …

Syncytin is the endogenous gammaretrovirus envelope that’s encoded in the human genome … We know that if syncytin is expressed aberrantly in the body, for instance in the brain, which these lipid nanoparticles will go into, then you’ve got multiple sclerosis.

It dysregulates not only the immune system, but also the endocannabinoid system, which is the dimmer switch on inflammation. We’ve already seen multiple sclerosis as an adverse event in the clinical trials … We also see myalgic encephalomyelitis. Inflammation of the brain and the spinal cord …”

Indeed, many of the side effects being reported are suggestive of neurological damage. Examples include severe dyskinesia (impairment of voluntary movement), ataxia (lack of muscle control) and intermittent or chronic seizures. As explained by Mikovits, these symptoms are caused by neuroinflammation, a dysregulated innate immune response, and/or a disrupted endocannabinoid system.

Another common side effect from the vaccine we’re seeing is allergic reactions, including anaphylactic shock. A likely culprit in this is PEG (polyethylene glycol), to which Mikovitz says an estimated 70% of Americans are allergic.

COVID-19 Vaccine Is an Unnecessary Risk

Overall, with reported severe side effects and deaths climbing by the hundreds every week, it’s astonishing to think that people would voluntarily risk their children in these trials. It’s even more astonishing that public health agencies are pushing for mass inoculation of children with these experimental gene therapies, when there’s no data whatsoever to assure parents that their children’s health won’t be destroyed in years to come.

I’ve said it before and I’ll say it again: I suspect this global vaccination campaign will result in an avalanche of chronic health problems and deaths so great that any talk of mandates will have to be abandoned, or rescinded if already implemented.

So, if you care about your and your family’s health, the answer may simply be to put off getting vaccinated against COVID-19 for as long as possible and wait for the inevitable truth to come to light.

There are several prevention strategies and treatments readily available that have been shown to be highly effective, which means the need for a vaccine in the first place is nearly moot. Among them, nebulized hydrogen peroxide with iodine, which I’ve written about in previous articles, works very well.

For a refresher, see “How Nebulized Peroxide Helps Against Respiratory Infections.” Other treatments include hydroxychloroquine with zinc, ivermectin and the iMASK and MATH+ protocols, which you can learn more about in the linked articles.

aside
– Sources and References
Posted in Coronavirus, Vaccinations | No Comments »