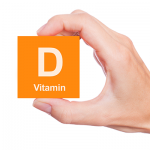 (NaturalHealth365) Vitamin D deficiency has become a global concern within the past several years, with studies showing that as many as 1 billion people across the world are deficient in vitamin D.  And, to be more specific, we’re talking about cholecalciferol (vitamin D3).

Within the U.S., more than half of adults reportedly have low levels of this essential vitamin (actually a hormone).  While these numbers are already concerning, they’re likely even higher as researchers discover that the previously recommended vitamin D levels were too low.

This widespread deficiency is concerning due to the many roles vitamin D plays in a healthy body. While most people are familiar with the role it plays in heart health and bone strength, many don’t realize how essential this vitamin is for a healthy immune system.  In fact, studies show that a vitamin D deficiency may increase your risk for both influenza and respiratory tract infection, something concerning as the world continues to fight COVID-19.

Many studies have demonstrated the importance of cholecalciferol for healthy immune function. But researchers have also discovered that there’s a link between cholecalciferol deficiency and influenza and respiratory infections.

One study published in Epidemiology and Infection found that children with a cholecalciferol deficiency are more likely to get respiratory infections, and a lack of vitamin D may be a seasonal stimulus of the flu. Another study found that a link between cholecalciferol deficiency and upper respiratory tract infections, and scientists believe this association may be even stronger in individuals that already have respiratory diseases.

Although there are presently no studies indicating that cholecalciferol can specifically help prevent or “treat” the coronavirus, the link between immune function and vitamin D is irrefutable.

What’s causing such a vast portion of the population to be vitamin D deficient?

Maintaining healthy vitamin D levels isn’t easy with today’s modern lifestyle and diet for several reasons. First, most people aren’t getting enough sun exposure, which is the primary way to get more of this vitamin. Today we spend far fewer hours outdoors, and most people are wearing sunscreens filled with toxins that reduce the body’s ability to absorb cholecalciferol.

Since cholecalciferol is fat-soluble, the gut must be able to absorb dietary fats to get enough of this vitamin. Many people deal with problems like leaky gut as a result of eating inflammatory foods and ingesting toxins, which makes it difficult for your body to absorb vitamins.

However, it’s not impossible to boost your levels of cholecalciferol.  Integrative healthcare providers suggest taking 5,000 IU daily for healthy adults to prevent vitamin D deficiency. It’s also critical to ensure your supplement includes vitamin K2 and other cofactors like, boron, zinc and magnesium – since they work together to improve absorption rate.

Keep in mind, since cholecalciferol can build up over time – if you do choose to supplement with higher amounts – it’s critical to get your vitamin D levels checked every few months while taking a supplement.  It’s a great motto to live by … “test, don’t guess.”


« Can a ‘leaky gut’ be destroying your health?
Can You Clean Coronavirus Off Your Food? »