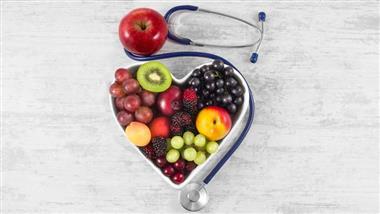 In decades past, a daily low-dose aspirin regimen was frequently recommended as a primary prevention strategy against heart disease. However, the evidence in support of it was rather weak, and kept getting weaker as time went on.

I stopped recommending daily “baby aspirin” use for the prevention of heart disease over two decades ago, due to the growing evidence of harmful side effects.

The primary justification for a daily aspirin regimen has been that it inhibits prostaglandin production,1 thereby decreasing your blood’s ability to form dangerous clots. However, in more recent years, most public health authorities have reversed their stance on the practice of using aspirin for primary prevention.

The U.S. Food and Drug Administration reversed its position on daily low-dose aspirin as primary prevention for heart disease in 2014,2 citing clearly established side effects — including dangerous brain and stomach bleeding — and a lack of clear benefit for patients who have never had a heart attack, stroke or cardiovascular disease.

In 2019, the American Heart Association (AHA) and American College of Cardiology updated their clinical guidelines on the primary prevention of cardiovascular disease,3 spelling out many of the controversial findings on prophylactic aspirin use.

Importantly, studies have found that prophylactic aspirin use in adults over the age of 70 is potentially harmful, primarily due to the increased risk of bleeding in this age group. As noted in one 2009 paper,4 long-term low-dose aspirin therapy nearly doubles your risk for gastrointestinal bleeding.

As noted in the AHA guideline, in adults younger than 40, “there is insufficient evidence to judge the risk-benefit ratio of routine aspirin for the primary prevention of atherosclerotic cardiovascular disease.”5

That said, the conventional recommendation to avoid a daily aspirin regimen only applies to primary prevention of heart disease in those with no history of heart problems, or those with low or moderate risk for heart disease. As reported by the AHA:6

“The new recommendation doesn’t apply to people who already have had a stroke or heart attack, or who have undergone bypass surgery or a procedure to insert a stent in their coronary arteries.

These individuals already have cardiovascular disease and should continue to take low-dose aspirin daily, or as recommended by their health care provider, to prevent another occurrence …”

While daily low-dose aspirin continues to be recommended for patients who already have heart disease, there’s evidence suggesting it may not be an ideal solution for them either.

For example, the WASH (warfarin/aspirin study in heart failure) study7 published in 2004 — which assessed the risks and benefits of aspirin and the blood thinner warfarin in heart failure patients — found those who received aspirin treatment (300 mg/day) actually had the worst cardiac outcomes, including worsening heart failure. According to the authors, there was “no evidence that aspirin is effective or safe in patients with heart failure.”

Similarly, a 2010 study8 found older heart disease patients who had a prior history of aspirin use had more comorbidities and a higher risk of recurrent heart attack than those who had not been on aspirin therapy.

Aspirin has also not been proven safe or effective for diabetics, who are at increased risk for heart disease and therefore likely to be put on an aspirin regimen.

For example, a 2009 meta-analysis9 of six studies found no clear evidence that aspirin is effective in preventing cardiovascular events in people with diabetes, although men may derive some benefit.

On the other hand, it did lower mortality in elderly diabetic patients who also had cardiovascular disease. A meta-analysis11 published in 2010 also concluded aspirin did not reduce the heart attack risk in diabetic individuals.

Why Phlebotomy May Be a Better Option Than Aspirin Therapy

While the benefits of low-dose aspirin may outweigh the risks for some people, I believe you may be able to achieve similar cardiovascular protection by doing therapeutic phlebotomies.

There’s evidence to suggest that the bleeding caused by aspirin may in fact be part of why it lowers your risk of heart attack and stroke, as bleeding will lower your iron level. Aspirin’s ability to lower inflammation may be another factor at play.

As shown in a 2001 study,12 people taking seven aspirins per week had 25% lower mean serum ferritin than nonusers. The effect was most marked in diseased subjects, compared to healthy ones. As explained by the authors:

“Atherosclerosis, a primary cause of myocardial infarction (MI), is an inflammatory disease. Aspirin use lowers risk of MI, probably through antithrombotic and anti-inflammatory effects.

Because serum ferritin (SF) can be elevated spuriously by inflammation, reported associations between elevated SF, used as an indicator of iron stores, and heart disease could be confounded by occult inflammation and aspirin use if they affect SF independently of iron status …

Aspirin use is associated with lower SF. We suggest this effect results from possible increased occult blood loss and a cytokine-mediated effect on SF in subjects with inflammation, infection, or liver disease.”

Most people, physicians included, fail to appreciate that — aside from blood loss, including menstruation — the body has no significant way to excrete excess iron. There are very minor amounts lost through normal bodily processes, but not enough to move the needle on overall iron levels.

Between supplementation, fortification and the iron that occurs naturally in foods, it’s very easy to end up with excessive levels. In fact, most adult men and postmenopausal women are at risk for excess iron and need regular blood testing for ferritin.

Excessive iron causes significant oxidative stress, catalyzing the formation of excessive free radicals that damage your cellular and mitochondrial membranes, proteins and DNA. It is a potent contributor to increased risks of cancers, heart disease and neurodegenerative diseases. You can learn more about the ins and outs of excess iron in “Why Managing Your Iron Level Is Crucial to Your Health.”

While dangerous, iron overload is easy and inexpensive to treat. All you really need to do is monitor your serum ferritin and/or gamma-glutamyl transpeptidase (GGT) levels, avoid iron supplements, and be sure to donate blood on a regular basis.

By doing this, you can avoid serious health problems, and donating blood is a far safer way to lower your iron stores than taking aspirin and losing blood via internal bleeding.

The study included 146,152 individuals with a mean age of 66.3 years who participated in the Prostate, Lung, Colorectal, and Ovarian Cancer Screening Trial. The median follow-up time was 12.5 years. Those taking aspirin at least three times a week had a:

No observable benefit of aspirin use was found in underweight individuals (BMI below 20), which led the researchers to hypothesize that “the efficacy of aspirin as a cancer preventive agent may be associated with BMI,”14 although this theory needs to be confirmed in future studies. The authors also warn that prophylactic aspirin therapy for cancer prevention would need to be weighed against the increased risk of bleeding.

Other Health Risks Associated With Long-Term Aspirin Use

Overall, there’s a lot of evidence against long-term daily aspirin therapy. The risk of internal bleeding is one significant concern, which is further magnified if you’re taking antidepressants or blood thinning medications such as Plavix.

Aside from damaging your gastrointestinal tract,17,18 routine aspirin use has also been linked to an increased risk for cataracts,19 neovascular (wet) macular degeneration,20 tinnitus21 and hearing loss in men.22

Aside from donating blood to lower your iron level (provided it’s elevated), nattokinase is another far safer alternative to a daily aspirin regimen. Nattokinase, produced by the bacteria Bacillus subtilis during the fermentation of soybeans to produce natto,23 is a strong thrombolytic,24 comparable to aspirin without the serious side effects.

It’s been shown to break down blood clots and reduce the risk of serious clotting25 by dissolving excess fibrin in your blood vessels,26 improving circulation and decreasing blood viscosity. These effects can also help reduce high blood pressure.27

Lumbrokinase Is Even Better Than Nattokinase

Yet another alternative is lumbrokinase, a complex fibrinolytic enzyme extracted from earthworms. Like nattokinase, lumbrokinase boosts circulatory health by reducing blood viscosity, reducing blood clotting factor activity and degrading fibrin, which is a key factor in clot formation.29,30

Some researchers have suggested lumbrokinase could be used “as secondary prevention after acute thrombosis,” such as heart attacks and stroke.31 A 2008 study32 that explored “the mechanisms involved in the anti-ischemic action of lumbrokinase (LK) in the brain,” found it protected against cerebral ischemia via several mechanisms and pathways. As explained by the authors:

“These data indicated that the anti-ischemic activity of LK was due to its anti-platelet activity by elevating cAMP level and attenuating the calcium release from calcium stores, the anti-thrombosis action due to inhibiting of ICAM-1 expression, and the anti-apoptotic effect due to the activation of JAK1/STAT1 pathway.”

A 2009 pilot study33 that used lumbrokinase in patients with coronary artery disease and stable angina found it improved angina symptoms in 40% of patients and lowered the summed stress score by 29% (the summed stress score is a risk indicator for a cardiac event over the next 12 months34). According to the authors, “Oral lumbrokinase improves regional myocardial perfusion in patients with stable angina.”