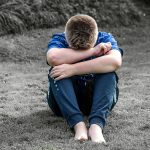 (NaturalHealth365) According to the National Institutes of Health, over 23 million Americans currently live with some type of autoimmune disease – which can encompass such potentially debilitating conditions as rheumatic arthritis, lupus, irritable bowel disease, type 1 diabetes, psoriasis, multiple sclerosis and Hashimoto’s thyroiditis. Autoimmune diseases – which arise when the immune system mistakenly attacks the body’s own organs, tissues and cells – are notoriously complex and difficult to treat.

But encouraging research shows that a common, familiar household staple – baking soda – can function as a potent weapon against them.

A recent study not only revealed baking soda’s ability to fight autoimmune disease – but showcased its ability to work at the cellular and molecular level.  For a lowly cooking ingredient, baking soda seems to have some highly sophisticated and powerful effects!

Can baking soda help those suffering with autoimmune disease?

Baking soda, also known as bicarbonate of soda, has a variety of household and medical uses.

It has long been used as a natural toothpaste, a non-toxic deodorant and a cheap, quick-acting antacid to treat heartburn. In addition, some nephrologists advise small daily doses of baking soda to slow the progression of chronic kidney disease.

After clinical studies affirmed baking soda’s beneficial effects on chronic kidney disease, researchers wondered what other conditions it could improve.  And they soon had their answer.

In a study conducted by scientists at Medical College of Georgia at Augusta University and published in April 2018 in Journal of Immunology, the team found that drinking baking soda in water every day for two weeks helped to reduce the destructive inflammation of autoimmune disorders.

The key to baking soda’s action was the way it affected mesothelial cells on the exterior of the spleen. These specialized immune cells have microvilli that sense the environment and warn when an immune response is needed in order to defend against invading pathogens.

But in autoimmune disorders, this response can be inappropriate, excessive and damaging.

Baking soda helped the cells to convey the message that a protective immune response need not be triggered. In the words of study co-author Dr. Paul O’Connor, the compound helped reassure the immune system that there was no pathogen to be fought. “It’s most likely a hamburger, not a bacterial infection,” explained Dr. O’Connor.

Although the initial research was conducted on rats, the researchers studied healthy human volunteers as well.  And these human participants also experienced an anti-inflammatory response from the baking soda.

In addition, the group who took baking soda had more inflammation-regulating T cells, which discourage the immune system from attacking tissue.

The researchers concluded that baking soda was a “cheap, relatively safe, effective and … noninvasive method to activate cholinergic anti-inflammatory pathways, which may be of benefit to patients suffering from a multitude of inflammatory disease states.”

In a separate study published in Proceedings of the National Academy of Sciences, researchers found that baking soda could specifically benefit rheumatoid arthritis – an autoimmune condition. The scientists concluded that baking soda and water helped reduce inflammation and disease severity.

Scientists have found that certain pH-dependent viruses – which happen to include some influenza viruses and coronaviruses – are most able to replicate and spread under acid conditions (pH6.0) and are deactivated completely at pH 8.0.

Baking soda raises acidic pH to higher alkaline levels – a fact with exciting implications for possibly slowing the spread of COVID-19 and other viral infections. While clinical studies have yet to be performed, cell and animal studies attest to the effects of alkalinity on viruses.

In fact, baking soda has been used to fight a pandemic in the past.  In 1918 and 1919, Dr. Edward R. Hays – a physician with the U.S. Health Department – utilized baking soda against the Spanish flu, claiming that it could lead to a resolution of symptoms within 36 hours.

In addition to antiviral and inflammation-fighting effects, baking soda can improve general health in myriad other ways.  According to noted doctor and author Dr. Eddy Bettermann, baking soda increases bicarbonates in the blood – in turn increasing carbon dioxide and helping with oxygenation of body organs.

And Dr. Lynda Frassetto of the University of California notes that baking soda can reduce acidic wastes in the body – which show up as cholesterol, fatty acids, uric acid, phosphate and kidney stones.

How much baking soda should I take?

While the University of Georgia scientists did not reveal the daily amount of baking soda used in the study, many natural health experts recommend half a teaspoon of baking soda dissolved in a cup or two of water a day.

Of course, check with your doctor before using baking soda to treat kidney disease, autoimmune disorders or any other medical condition. It is especially important to seek your physician’s guidance if you have high blood pressure, as baking soda is very high in sodium.

Health warning: To avoid possible gastric rupture, don’t take baking soda when your stomach is excessively full – such as after a huge meal.

While autoimmune disease can be a formidable foe, the simple, old-fashioned remedy of baking soda in water may emerge as a front-line defense against it.