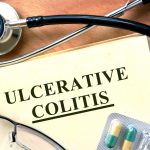 (NaturalHealth365) With inflammatory bowel disease on the rise in the United States, the tab for treating this condition is rising as well.  In fact, according to the U.S. Centers for Disease Control and Prevention (CDC), ‘those with IBD are more likely to have certain chronic health conditions that include: cardiovascular disease, respiratory disease and cancer.’

These conditions – which are obviously life-threatening – have no known (conventional) medical cure, and doctors aren’t even sure what causes them, although integrative healthcare providers believe our increasingly toxic environment does play a role.  Just consider how serious this is: 3 out of 4 Crohn’s disease sufferers will eventually need surgery; and for ulcerative colitis, the estimate is 1 out of 4.

When will Western medicine wake up?  Toxic drugs will NEVER solve the underlying cause of ulcerative colitis

Conventionally-trained doctors tend to treat symptoms with drugs such as aminosalicylates and steroids, but these medications can cause a host of serious side effects, including high blood pressure, osteoporosis, diabetes, glaucoma, inability to absorb certain nutrients, and increased risk of infection.

Given these bleak facts, wouldn’t it be wonderful if there were a safe, natural way of reducing the inflammation that lies at the heart of these conditions?

Boswellia serrata, also called “Indian frankincense” and Salai guggul, has been prized in Ayurvedic medicine for thousands of years as a remedy for digestive disorders, respiratory problems and inflammatory diseases. Over the last few decades, conventional medical authorities and institutions have begun to acknowledge what boswellia can do.

Boswellia resin, which is obtained from plant’s thick, flexible bark, contains triterpenes known as boswellic acids; scientists think these are the key to the plant’s anti-inflammatory effects.  Boswellia resin also contains essential oils which are rich in alpha-thujene – a pungent monoterpene – and p-cymene, an aromatic compound also found in beneficial herbs such as thyme.

The University of Maryland Medical Center (UMMC) reports boswellic acids inhibit a specific enzyme that is vital in the biosynthesis of leukotrienes – inflammatory molecules believed to contribute to ulcerative colitis and other inflammatory diseases.

Is boswellia better than conventional drugs?

Although boswellia is not commonly recommended by conventional doctors to treat IBD, its ability to treat ulcerative colitis and Crohn’s disease – and do it more effectively and safely than prescription drugs – has been supported by close to 20 years of research. UMMC cites a 1997 clinical study in which boswellia’s therapeutic effects were equal to those of sulfasalazine, a pharmaceutical IBD treatment.

The study, published in European Journal of Medical Research, explored the effects of boswellia on patients diagnosed with grade II and grade III ulcerative colitis. Subjects were given 350 milligrams of boswellia extracts three times a day for 6 weeks, after which researchers used microscopies of rectal biopsies and examined relevant blood parameters – including levels of leukocytes and esinophils – to determine the results.

They found that the boswellia group showed improvement in all parameters, with 82 percent going into remission, as compared to 75 percent for the sulfasalazine group.  In other words, boswellia outperformed the pharmaceutical drug.

Ninety percent of the boswellia patients showed improvement in symptoms, as compared to 60 percent of the sulfasalazine group. The study’s author concluded that boswellia could be used to effectively treat colitis with minimal side effects.

Finally, in a review published in 2001 in Gastroenterology, boswellia was found to be as exactly as effective as the pharmaceutical drug mesalamine in treating acute Crohn’s disease.

Don’t you wish these studies were required reading for all gastroenterologists?

Some conventionally-trained physicians support the use of boswellia

Another “plus” for boswellia is that fact that it doesn’t damage the digestive tract.  According to Memorial Sloan-Kettering Cancer Center, boswellia – unlike current non-steroidal anti-inflammatory drugs – does not cause gastric ulcers, another testament to this remarkable herb’s safety and efficacy.

Boswellia attacks inflammation on many fronts.

In a German review, presented by the Institute of Pharmaceutical Sciences at University of Tuebingen and published in 2010 in Phytomedicine, the authors reviewed the method of action of boswellic acids. They noted the acids affect cellular defense while exhibiting action in the immune system.

Boswellic acids also down regulate inflammatory cytokines, cut production of leukotrienes and demonstrate antioxidant activity while inhibiting the formation of free radicals. Given these activities, the authors of the review called boswellia’s therapeutic effects on ulcerative colitis and Crohn’s disease “not surprising.” They called for further studies in order to explore optimal dosages.

How can I take boswellia?

Boswellia, usually standardized to contain between 37.5 and 65 percent boswellic acid, is available in resin, pill and cream form. UMMC notes that the standard boswellia amount for ulcerative colitis is 550 milligrams, 3 times a day for up to six weeks.

Of course, you should consult with a trusted doctor before using boswellia for any digestive issues; and your doctor can advise you as to the proper amount, and how long to continue taking boswellia.

Keep in mind, boswellia can stimulate blood flow in the uterus and could induce miscarriage – so, do not take it if you are pregnant.  Side effects of boswellia can include digestive discomfort; as with any substance, an allergy to boswellia is possible.