Excess Body Fat Can Age Your Brain Faster Than Muscle 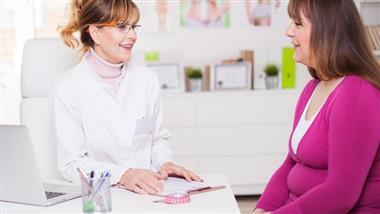 Staying fit as you age is about far more than aesthetics. Increasing research shows that maintaining healthy levels of body fat and greater muscle mass has an effect on your brain health and even your rate of cognitive aging. It’s known, for instance, that being obese in midlife and early late-life is associated with worse cognitive aging.1

While many people tend to gain fat and lose muscle mass as they age, this can be largely combated by staying active and eating right — lifestyle choices that will influence your cognitive function significantly.

In a study by Iowa State researchers, data from 4,431 adults were examined to compare levels of lean muscle mass, abdominal fat and subcutaneous fat with changes in fluid intelligence — the ability to solve problems in new situations — over a six-year period.2,3

Study co-author Auriel Willette, assistant professor of food science and human nutrition at Iowa State University, said in a news release, “Chronological age doesn’t seem to be a factor in fluid intelligence decreasing over time. It appears to be biological age, which here is the amount of fat and muscle.”4

What’s more, the study revealed a link between the immune system and how changes in fat levels affect cognition. Previous research suggests a higher body mass index (BMI) leads to greater immune system activity in the blood, which in turn activates the immune system in the brain, with a negative outcome on cognitive function.5

“Lymphocytes, eosinophils, and basophils may link adiposity to cognitive outcomes,” the researchers explained.7 Similar research has revealed that overweight and obese individual have greater brain atrophy in middle-age, corresponding with an increase in brain age of 10 years.8

How Obesity Affects Your Brain

Obesity has multiple effects on the brain, including anatomically speaking. Obese individuals may have reduced gray matter in brain regions such as the hippocampus, prefrontal cortex and other subcortical regions. Atrophy in the hippocampus, in turn, has been linked to Alzheimer’s disease.9

Gray matter is the outer layer of the brain associated with high-level brain functions such as problem-solving, language, memory, personality, planning and judgment. Even in elderly people who are otherwise cognitively normal, obesity is associated with measureable deficits in brain volume in the frontal lobes, anterior cingulate gyrus, hippocampus, and thalamus compared to individuals with a normal weight.10

The globus pallidus is a brain region that plays a role in supporting a range of functions, including motivation, cognition and action.12 Obesity was also associated with changes in white matter microstructure, which may be related to cognitive function.13

Cognitively speaking, there’s also a strong link between obesity and deterioration in cognitive function, as well as to other brain disorders such as dementia, anxiety and depression. Further, past research has linked midlife obesity with an increased risk of mild cognitive impairment, changes in short-term memory and executive functioning and dementia.14

Obesity’s effects on brain health are also due to its associated health problems, including heart disease, diabetes and atherosclerosis, each of which can have its own deleterious effects on your brain. For instance, as noted in Frontiers in Neuroscience:15

“Obesity-derived vascular problems, such as atherosclerosis and arteriosclerosis, which are systemic diseases, are known to affect the steady blood flow of vessels that feed the brain, thus contributing to cognitive impairment or even stroke, where large areas of the brain die due to the stop in the blood flow of a major brain artery caused by a blood clot.”

Coming full circle, eating a highly processed, junk food diet not only increases obesity risk but also can lead to normal but elevated blood sugar levels that, in turn, can lead to impaired glucose metabolism and Type 2 diabetes. Both diabetes and higher fasting glucose levels are linked with lower total brain volume.18

Impaired glucose metabolism is then associated with neurodegeneration that impairs cognitive function. This connection begins not in old age but much earlier, such that following a healthy lifestyle in young adulthood may be protective against cognitive decline later.19

Further, higher levels of inflammatory markers have also been associated with lower brain volume, including “greater atrophy than expected for age.”21 Excess body fat, particularly visceral fat, is also related to the release of proteins and hormones that can cause inflammation, which in turn can damage arteries and enter your liver, affecting how your body breaks down sugars and fats.

According to a study in the Annals of Neurology, “[A]dipose-tissue derived hormones, such as adiponectin, leptin, resistin or ghrelin, could also play a role in the relation between adipose tissue and brain atrophy.”22 Further, obesity may also be associated with lower volume in brain regions that regulate food-reward circuitry,23 possibly influencing overeating.

Strength Training Is Good for Your Brain

While obesity takes a toll on your brain, increased muscle mass protects it, which is likely one reason why strength training has been found to be beneficial for your brain. In other words, your body’s physical strength may serve as a marker of your brain power.

In fact, strength training is known to trigger beneficial neurobiological processes,24 leading to positive functional brain changes, including in the frontal lobe, with corresponding improvements in executive functions. One systematic review even found that strength training led to less white matter atrophy in the brain, with researchers noting:25

Regular strength training, in addition to other forms of exercise and daily activity, is an important strategy for keeping your brain sharp and may help to offset some of the cognitive decline that occurs with age.

Avoid Obesity and Protect Your Brain With a Ketogenic Diet

While obesity may accelerate neurodegeneration, regular exercise to increase your muscle mass will be protective. Further, eating a ketogenic diet will help protect your brain from free radical damage and will supply the cells with preferred fuel while also helping you to lose weight and avoid obesity.

A ketogenic diet is high in healthy fats and low in net carbohydrates (total carbs minus fiber), prompting your body to start burning fat as its primary fuel, rather than sugar. This produces ketones, which not only burn efficiently but are also a superior fuel for your brain. Ketones also generate fewer reactive oxygen species (ROS) and less free-radical damage.

One of the simple strategies you can implement is to take ketone precursors like refined MCT oils of caprylic acid (C-8). The eight-chain carbon fats are readily converted to ketones. I personally use up to 5 ounces of our Ketone Energy when I have maxed out my protein and carb intake and need a source of healthy clean fat. This keeps my ketone level around 1 to 2.0 mmol/l. Just recognize that you have to build up to a high dose of MCT oil slowly or you will have problems with loose stools.

Recent studies have also demonstrated the benefits of nutritional ketosis for brain health. In one, researchers found a ketogenic diet improved neurovascular function, in part by improving your gut microbiome.26

In a second study, the researchers concluded a ketogenic diet acted as a veritable “fountain of youth” in their animal study by significantly improving neurovascular and metabolic functions, compared to the animals eating an unrestricted diet.27 Releasing ketones into your bloodstream helps preserve brain function and protects against cognitive impairment and other neurodegenerative diseases.28

KetoFasting, the program I developed and detail in my book, “KetoFast: A Step-By-Step Guide to Timing Your Ketogenic Meals,” combines a cyclical ketogenic diet and intermittent fasting with cyclical partial fasting to optimize health and longevity.

Not only can KetoFasting help you to lose weight, but your cognition typically improves thanks to the biological cleansing and regeneration that occurs throughout your body, including your brain.