Fermented Foods May Lower Your Risk of COVID-19 Death 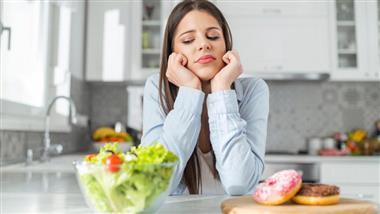 I’ve written many articles detailing lifestyle and dietary strategies that may decrease your COVID-19 risk by boosting your immune function and general health. Now we can add fermented foods to the list, which shouldn’t come as such a great surprise, considering the influence your gut health has on your immune system.

The study,1 posted July 7, 2020, on the pre-print server medRxiv, conducted by researchers in Berlin, Germany, looked at whether diet might play a role in COVID-19 death rates. Interestingly, mortality rates tend to be lower in countries where consumption of traditionally fermented foods is commonplace. As reported by News Medical Life Sciences:2

“The researchers say that if their hypothesis is confirmed in future studies, COVID-19 will be the first infectious disease epidemic to involve biological mechanisms that are associated with a loss of ‘nature.’ Significant changes in the microbiome caused by modern life and less fermented food consumption may have increased the spread or severity of the disease, they say.”

For each g/day increase in the average national consumption of fermented vegetables, the mortality risk for COVID-19 decreased by 35.4%.

They also looked at potential confounders, such as gross domestic product, population density, percentage of the population over the age of 64, unemployment and obesity rates. According to the authors:3

“Of all the variables considered, including confounders, only fermented vegetables reached statistical significance with the COVID-19 death rate per country.

For each g/day increase in the average national consumption of fermented vegetables, the mortality risk for COVID-19 decreased by 35.4%. Adjustment did not change the point estimate and results were still significant.”

In related news, a review4 of seven small clinical trials has found probiotics and/or prebiotics may be helpful for those struggling with depression and anxiety. While these mental health challenges are epidemics in their own right, the global lockdowns certainly have not made the situation any better.

According to the authors,5 all of the studies “demonstrated significant improvements in one or more of the outcomes” compared with no treatment, placebo, or baseline measurements, leading them to conclude that “utilizing pre/probiotic may be a potentially useful adjunctive treatment” for patients with depression and/or anxiety.

The review builds on earlier studies that have shown people with depression tend to have higher amounts of specific gut bacteria than those who are not depressed.

While it seems the gut microbiome’s role in health is a very recent discovery, as early as 1898 — yes, 122 years ago — a paper6 in The Journal of the American Medical Association proposed that intestinal microbes might play a role in melancholia. As noted in the 2019 paper, “The Microbiome and Mental Health: Hope or Hype?”:7

“The primary tenet of FMT [fecal microbiota transplantation] is that dysbiosis within the human host gut microbiome predisposes an individual to disease. The exact mechanisms through which this occurs have not yet been established, but several potential direct and indirect pathways exist through which the gut microbiota can modulate the gut–brain axis.

These pathways include endocrine (cortisol), immune (cytokines) and neural (vagus and enteric nervous system) pathways, and the assumption is that introducing microflora from a healthy individual will help recolonize the system with a microbial pattern more in keeping with wellness either by establishing the new healthy microbiota or by allowing the host to ‘reset’ their own microflora to a pre-illness state.”

Two types of gut bacteria in particular, Coprococcus and Dialister bacteria, have been shown to be “consistently depleted” in individuals diagnosed with clinical depression. According to the authors of a study published in the April 2019 issue of Nature Microbiology:8

Butyrate-producing Faecalibacterium and Coprococcus bacteria were consistently associated with higher quality of life indicators. Together with Dialister, Coprococcus spp. were also depleted in depression, even after correcting for the confounding effects of antidepressants.”

•2016 research9 found the relative abundance of Actinobacteria was increased, and Bacteroidetes was decreased in depressed individuals compared to healthy controls.

•A 2015 study10 found patients diagnosed with major depressive disorder had higher amounts of Bacteroidetes, Proteobacteria and Actinobacteria, and lower amounts of Firmicutes than healthy controls.

“These findings enable a better understanding of changes in the fecal microbiota composition in such patients, showing either a predominance of some potentially harmful bacterial groups or a reduction in beneficial bacterial genera,” the authors wrote.

Lachnospiraceae are a family of beneficial bacteria that ferment plant polysaccharides into short-chain fatty acids such as butyrate and acetate.12 The genus Oscillibacter, and one specific clade within Alistipes were also significantly associated with depression.

Aside from fermented foods, zinc is another dietary factor that impacts both your mental health and COVID-19 risk. As noted in a 2013 article in Psychology Today:13

“Zinc is an essential mineral that may be lacking in modern processed and strict vegetarian diets, as major sources are meat, poultry, and oysters … Since the body has no special zinc storage capability, its important to consume a bit of zinc on a regular basis.

What does zinc have to do with depression? It turns out that zinc plays a part in modulating the brain and body’s response to stress all along the way …

The highest amount of zinc in the body is found in our brains, particularly in a part of our brains called the hippocampus. Zinc deficiency can lead to symptoms of depression, ADHD, difficulties with learning and memory, seizures, aggression, and violence …

In humans, zinc has been found to be low in the serum of those suffering from depression. In fact, the more depressed someone is, the lower the zinc level … Zinc supplementation has been shown to have antidepressant effects in humans …”

Zinc May Be Crucial Against COVID-19

Zinc is also important for your immune defense against the common cold and other viral infections, including COVID-19, and is a component of enzymes involved in tissue remodeling. As noted in Psychology Today:14

“Low zinc also seems to affect inflammation and immunity. The T cells in our immune system, which hunt and kill infection, don’t work well without zinc and also release more calls for help (leading to more inflammation, via IL-6 and IL-1) in the case of zinc deficiency.”

Interestingly, low zinc levels are associated with a loss of taste and smell, and these are also two early symptoms of COVID-19 infection. This suggests zinc deficiency may indeed be a key factor in the illness.

Researchers have also argued that one of the key mechanisms of action of the drug hydroxychloroquine is its ability to shuttle zinc into the cells. In fact, zinc appears to be a “magic ingredient” required to prevent viral replication.15

This is likely why, when taken early along with zinc, the drug appears to have a high rate of success against COVID-19. As noted in the preprint paper, “Does Zinc Supplementation Enhance the Clinical Efficacy of Chloroquine / Hydroxychloroquine to Win Todays Battle Against COVID-19?” published April 8, 2020:16

As zinc deficiency frequently occurs in elderly patients and in those with cardiovascular disease, chronic pulmonary disease, or diabetes, we hypothesize that CQ/HCQ plus zinc supplementation may be more effective in reducing COVID-19 morbidity and mortality than CQ or HCQ in monotherapy.”

Being a natural zinc ionophore (meaning it improves zinc uptake by your cells), the supplement quercetin also has very similar mechanisms of action and appears to be a viable alternative to hydroxychloroquine.

Personally, I take quercetin and zinc at bedtime as a prophylactic each day. The reason it’s best to take them in the evening — several hours after your last meal and before the long fast of sleeping — is because quercetin is also a senolytic (i.e., it selectively kills senescent or old, damaged cells) that is activated by fasting. So, by taking it at night, you maximize its other benefits.

If you’re not already eating fermented foods, now would be a good time to consider adding some into your diet. Fermented vegetables are easy and inexpensive to make at home, and provide a whole host of health benefits, thanks to the beneficial bacteria they provide. To learn more, see “Fermenting Foods — One of the Easiest and Most Creative Aspects of Making Food from Scratch” and “Tips for Fermenting at Home.”

If you have symptoms suggestive of COVID-19 infection, then my best recommendation is to start nebulizing food grade hydrogen peroxide at 0.1% as discussed in “Could Hydrogen Peroxide Treat Coronavirus?”

I would also make sure that your vitamin D levels are adequate, as discussed in my Vitamin D in the Prevention of COVID-19 report. If you don’t know your vitamin D level and have not been in the sun or taken over 5,000 units of vitamin D a day, it would likely be helpful to take one bolus dose of 100,000 units, and make sure you are taking plenty of magnesium, which helps convert the vitamin D to its active immune modulating form.