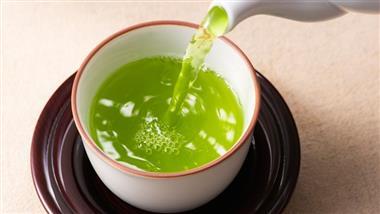 One of the key factors to your health and wellness is your nutrition. Hopefully, everyone who reads my newsletters is drinking plenty of pure water every day and abstaining from soda. After water, the most common beverages people drink are coffee and tea.

Unlike soda, organic coffee and tea are leading sources of beneficial antioxidant polyphenols. According to the Tea Association of the USA,1 tea is found in nearly 80% of all households and on any day, more than 159 million people in the U.S. are drinking it.

In 2019, 15% of 84 billion servings of tea was green tea and 84% was black tea. The U.S. is the third largest tea importer in the world and the only Western country growing in the amount of tea imported and consumed. However, while those across the pond take their tea hot,2 approximately 75% of Americans drink it iced.

The organization anticipates industry growth of up to 3%, which may be driven by the growing knowledge of its health benefits, convenience and high-end specialty teas.3 When brewed at home, tea costs about three cents per serving and even the more expensive kinds can be less than 10 cents per serving.

While more than 7,000 studies are recorded in PubMed under “tea and health,”4 only recently have scientists begun investigating the potential for using it as an antimicrobial. Its health benefits come from the leaves of the Camellia sinensis plant, from which all tea is derived.

EGCG Improves the Body’s Ability to Use Zinc

Coming into cold and flu season, and the potential for a new wave of COVID-19, many people are talking about the importance of zinc supplementation to thwart an infection. Zinc is an essential mineral found throughout the body and it is a cofactor for nearly 3,000 proteins.6

Later, zinc sulfate was added to the protocol.7 To compare the outcomes between the two groups they completed a retrospective observational study and found that those who received the zinc sulfate went home more frequently and were less likely to need a ventilator.

As research has been published quickly during the pandemic, some have found that published results are not always accurately supported by the data. For example, the authors of a study published in the Lancet May 22, 2020, claimed a reduction in survival and an increase in ventricular arrhythmias with patients receiving hydroxychloroquine alone or with a macrolide antibiotic, such as azithromycin.

The results were later retracted,8 but not until after the World Health Organization stopped using the drug in their protocols and leaders of other trials announced the investigations were terminated.9 Hydroxychloroquine acts as a zinc ionophore, helping zinc to move into the cells where it can halt the progression of viral replication.10,11

Catechins May Be a Strategic Key to Good Health

There are several ways that the catechins in green tea influence your health. In one study of more than 50,000 participants, scientists found that ischemic heart disease and stroke were the leading causes of death and represented nearly 50% of all premature deaths.12 The simple habit of drinking green or black tea may help reduce your blood pressure; high blood pressure is a contributing factor to heart disease and stroke.13

In a literature review of 25 trials, another group of researchers found that those who drank green or black tea for 12 weeks had an average reduction of 2.6 mm Hg systolic blood pressure and 2.2 mm Hg diastolic blood pressure as compared to those who did not drink tea.14 Although green tea is less popular when compared to the sales of black tea, it provided the best results.

According to the authors, this reduction may be expected to lower risk by 8% for stroke, 5% for coronary artery disease mortality and 4% for all-cause mortality.15 The data support other research showing that drinking three to four cups of tea per day may reduce the risk of heart disease.16

Researchers have found that this amount of daily tea promotes heart and cardiovascular health and reduces the risk of heart attack and stroke through a beneficial effect on endothelial function.17,18

Drinking green tea can also inhibit amyloid-beta plaque formation in the brain, associated with the development of Alzheimer’s disease.19 Altering the structure of the amyloid fibrils can make them less toxic.20 Unfortunately, the concentrations used in the study were so high you couldn’t possibly consume that amount. Drinking green tea is also associated with:

The prevalence of periodontal disease varies among countries, but some experts estimate it affects nearly 50% of the global population.29 Risk factors include medications, poor oral hygiene, diabetes and stress. It’s believed that it may increase the risk of cardiovascular disease by 19% and treatment may help improve glycemic control in people with Type 2 diabetes.

According to the American Dental Association, brushing your teeth twice a day with toothpaste for 2 minutes helps remove food and plaque and reduces your risk of cavities.30 Unfortunately, proper teeth brushing techniques may not be followed frequently.

In one study of 13,070 people, researchers found an association between the development of diabetes and the number of times participants brushed their teeth.31 Those who brushed more often were at reduced risk for disease.

In another study from 2015, green tea was found to help with dental issues. The study group started with a plaque index of at least 1.5 and members were randomized into two groups.32 Those in the first group rinsed twice a day with a 2% green tea mouthwash and the other used a placebo mouthwash. After 28 days the differences were analyzed, and the data revealed that green tea was “effective in the reduction of plaque and gingivitis scores.”

Additionally, drinking green tea may boost the antibacterial capacity of saliva. In one study of Taekwondo athletes, researchers evaluated the ingestion of green tea after a two-hour training session.

Saliva samples were collected before and immediately after training and 30 minutes after drinking the tea. An analysis of the data showed that the antibacterial action of the saliva was not impacted by training, but green tea enhanced its capacity.33

Green tea has demonstrated effectiveness when consumed, but it is also effective when applied topically. The leaders of a laboratory study investigated the antifungal activity of EGCG and compared it to the drugs fluconazole and flucytosine.34

The action of EGCG was four times higher than that of fluconazole and up to 16 times higher than flucytosine, indicating an ability to inhibit pathogenic dermatophytes. The researchers suggested that EGCG could be used alone as an antifungal agent in dermatophytosis.35

Following up on the study, another group of scientists engaged 94 patients who had interdigital tinea pedis, or athlete’s foot.36 They were offered either a placebo treatment or a foot bath infused with green tea polyphenols (GTP).

The researchers evaluated the results after 12 weeks of treatment and found people in the intervention group had a significant decrease in the size of the infected area. Researchers concluded that green tea polyphenols were effective, suggesting that “GTP could have antifungal activity.”37

In a literature review gathering data from 145,028 children, researchers found that the median prevalence of impetigo was 12.3%, with a range of 4.2% to 19.4% depending on the area of the world where the study took place.38 The condition is typically treated with an antibiotic ointment or a topical cream.

However, data have shown that the topical application of green tea ointment has an effective cure rate of 81.3% for people with impetigo. This is presented in comparison to the cure rate of 72.2% with topical antibiotics and 78.6% with oral antibiotics.39

The antiviral and antifungal effects of green tea have been demonstrated against a number of viruses and health conditions. Yet, its polyphenols do not appear to exert the same antibacterial effect in your intestinal tract.41 However, there is evidence that it modulates the composition of the microbiota.

In one study, researchers investigated these changes in 12 healthy volunteers using saliva and fecal samples collected before the intervention, two weeks after participants had been drinking 400 milliliters per day and again one week later after a wash-out period.42

The purposes were to explore the effect that drinking green tea had on the microbiome and to test the theory that the alterations were consistent with anticancer activity. The researchers found data that suggested that the changes in the gut microbiome could persist past the time individuals were drinking the green tea.

The results of this study supported past data that demonstrated a tendency for a rising number of Bifidobacterium. After analysis of the data, the researchers found that “the change in proportion was induced, not by an interspecies transition, but by an intraspecies increase and/or decrease. In conclusion, green tea consumption might act as a prebiotic and improve the colon environment by increasing the proportion of the Bifidobacterium species.”43

Get the Most From Your Tea

There are three main varieties of tea: green, black and oolong. The differences have to do with how the leaves are processed. Interestingly, EGCG is sensitive to water temperature, so brewing in 80 degrees Celsius or 176 degrees Fahrenheit releases only 60% of the EGCG from the tea leaf.44 When measuring loose leaf tea, use a ratio of 1 tablespoon for every 8 ounces of water.45

Try drinking it hot while it’s freshly brewed to get the most health benefits, rather than tea that might have been sitting for a few hours. Instead of adding milk, which may reduce the potency of some of the antioxidants, try adding a spritz of lemon to boost the benefits and increase catechin absorption.46

– Sources and References
Posted in Minerals, Nutrition | One Comment »