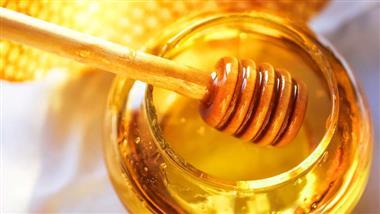 The medical term to describe the common cold is an upper respiratory infection (URI). This is often caused by a virus that infects your nose, throat and mouth. There are more than 200 different viruses responsible, with rhinoviruses being the most common.1

In one cross-sectional study published in 2016, scientists in India analyzed the incidence of URIs in rural and urban populations.2 There were a total of 3,498 people checked during the study, out of which 287 had an upper respiratory infection at the time. Children were infected more often than adults, especially those younger than 5.

Antibiotic prescriptions are not recommended for children or adults with a common cold because those medications treat bacterial, rather than viral infections. The CDC recommends focusing on symptomatic relief, as:3

“There is potential for harm and no proven benefit from over-the-counter cough and cold medications in children < 6 years. These substances are among the top 20 substances leading to death in children < 5 years.”

Many of the symptoms of seasonal allergies, the common cold and lower respiratory tract infections (LRIs) with flu can look similar. Acute LRIs from flu were linked to 34,800 deaths in 2018; that’s why it’s important to be able to understand the symptoms.4

In a review of the literature from 2015, scientists looked at 56 studies and found 124 definitions of upper and lower acute respiratory infections.5 This variability influences the ability to generalize prevention and treatment recommendations.

Doctors from Louisville, Kentucky, say there are signs and symptoms that distinguish seasonal allergies, colds and flu:6

Honey Is Superior Treatment for URIs

Although children are infected more commonly than adults with the cold virus, it continues to be the third-most frequent diagnosis for adults who sometimes get between two and four colds each year.7 The CDC recommends that adults treat their symptoms with decongestants and nonsteroidal anti-inflammatories.

The use of antihistamines on their own, intranasal corticosteroids and opioids are not supported by scientific evidence. Even though the majority of URIs are the result of a viral infection, acute respiratory tract infections continue to be the most common reason antibiotics are prescribed for adults.8 The Mayo Clinic recommends specific at-home treatments:9

While over-the-counter (OTC) medications are not regarded as effective for children younger than 6, in a Cochrane Review of the literature it’s noted that although many preparations have only minor side effects in adults, they may not work any better than a placebo.10

The authors of a recent review of the literature sought to evaluate how honey stacked up against usual care and antibiotics for symptomatic relief in adults with upper respiratory infections. The scientists included 14 studies in which cough frequency, cough severity and symptom scores were compared. They concluded:11

“Honey was superior to usual care for the improvement of symptoms of upper respiratory tract infections. It provides a widely available and cheap alternative to antibiotics. Honey could help efforts to slow the spread of antimicrobial resistance, but further high quality, placebo controlled trials are needed.”

The results of this study support past data with similar results. In one Italian study involving 134 children with a nonspecific cough, researchers compared the use of multiple doses of honey to the use of dextromethorphan and levodropropizine, two the more commonly prescribed OTC cough medications in Italy.12

The children were given either a mixture of milk and wildflower honey or a dose of one of the medications, based on the group they were assigned to. The researchers found that the milk and honey mixture was at least as effective as the medications.

In an earlier study, the effectiveness of honey was compared to that of dextromethorphan in 105 children with URIs who had been sick for seven days or less. The researchers found that honey performed the best and parents rated it more favorably.13

Another group of researchers compared the effectiveness of dextromethorphan and diphenhydramine to that of honey. They were interested in whether the treatments reduced coughing associated with URIs that made it difficult to sleep. One hundred thirty-nine children were split into four groups, receiving either honey, dextromethorphan, diphenhydramine or supportive care.

The study team found that a 2.5 ml dose of honey at bedtime relieved more coughs than the other treatments. Interestingly, there was no statistical difference in the effectiveness of dextromethorphan versus diphenhydramine.14

According to the authors of a paper published in the Canadian Family Physician, in a given week, one or more OTC products are used by more than 50% of children who are younger than 12.15 Cough and cold medications account for most of them.

Based on the results of a meta-analysis, scientists demonstrated there was no evidence for or against the use of OTC medications.16 In another clinical trial an Egyptian team enrolled 100 children ages 5 and younger who were coughing because of a URI. The intervention group received cough medicine with a combination of honey and lemon.17

The researchers found that the children who were given honey and lemon experienced greater relief than those who only got the medication. Many OTC medications carry potential risks for children, including both insomnia and drowsiness.

Taken together, the results from all of these studies suggest that honey works as well as dextromethorphan and diphenhydramine. It’s also safer. However, it shouldn’t be used in children younger than 1 year old because it can contain dormant clostridium botulinum, which can lead to infantile botulism.

For this reason, it’s important not to give children younger than 1 year any products that contain honey. The author of a paper published in the Canadian Family Physician says that honey can be recommended “… as a single dose of 2.5 milliliters (one-half teaspoon) before bedtime for children older than 1 year of age with cough.”18

May Help Slow the Spread of Antibiotic Resistance

A secondary benefit to using natural products like honey is it helps to slow the spread of antibiotic-resistant bacteria. The overuse of antibiotics is a contributing factor to the growth of superbugs.19 Researchers have suggested that education for parents20 and professionals21 can help reduce antibiotic misuse.

In one retrospective chart review, it was found that 64.2% of people with respiratory tract infections received inappropriate antibiotics, the most common of which were azithromycin, amoxicillin-clavulanate (Augmentin) and moxifloxacin.22 Interestingly, in this review, penicillin allergy and the presence of a cough were significant predictors of the inappropriate use of antibiotics.

Some bacteria have developed a resistance to multiple antibiotics. The CDC estimates that “… more than 2.8 million antibiotic-resistant infections occur in the U.S. each year, and more than 35,000 people die as a result.”23

Some experts believe the actual numbers could be up to seven times higher.24 An infectious disease specialist from Washington University, Dr. Jason Burnham, along with two colleagues, surveyed data from 2010. They expanded the definition of antibiotic-resistant deaths and concluded that 153,113 deaths could have been attributed to multidrug-resistant organisms.

These reports drive home what experts have warned us about for decades — bacteria are continuing to evolve and mutate so they can survive. As more and more antibiotics are used in health care and in agriculture, they become less and less effective and we become increasingly vulnerable to antibiotic-resistant infections.

Take Care With the Honey You Buy

Honey has been used for centuries for its medicinal value and because people enjoy the taste. Scientists have found that it has antibacterial activity against Staphylococcus epidermidis, Escherichia coli, Pseudomonas aeruginosa and Salmonella enterica.25 It has demonstrated activity against antibiotic-sensitive and antibiotic-resistant bacteria.26

Manuka honey has been used to treat wounds because it inhibits bacterial growth while stimulating a local immune response and suppressing inflammation.27 The benefits of honey are significant, but as I’ve warned in the past, those do not extend to the processed honey you find on grocery store shelves, which is often little more than fructose syrup.

It is especially important the honey from the grocery store is never used on wounds because it can actually increase your risk of infection.

In addition to the challenges of finding quality honey in regular stores, it’s come to light that honey may be adulterated or even faked — presented and sold as honey when in actuality it’s something else — because the bee population is plummeting and not as much real honey is available. You’ll find more information in “Have You Been Eating High-Priced Fake Honey?”

Consider getting true, organic honey from local producers at farmer’s markets. Since real honey doesn’t expire, even after opening, it’s safe to buy enough in the summer to last until the following spring.28 It also pays to know how to test your honey at home. Here are some of the physical properties you can look for in quality honey:29

– Sources and References
Posted in Lungs, Natural Medicine | No Comments »