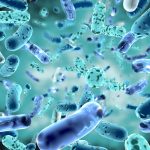 (NaturalHealth365) Threats to health – including exposure to environmental toxins, heavy metals, EMF radiation, bacteria and viruses – seem to be everywhere these days, highlighting the need for a strong, efficient immune system. And, with 80 percent of the immune system located in the gut, it’s easy to see that immune health and gut health are closely connected.

In fact, scientific research showcases the ability of a natural molecule, glutathione, to support the health of the immune system.  But, this amazing substance must be effectively regenerated and recycled by the body before it can accomplish its life-sustaining tasks.  Let’s take a closer look at this important topic.

Glutathione recycling is essential for combating oxidative stress and inflammation

Often called the body’s master antioxidant, glutathione is truly a “workhorse” when it comes to battling oxidative stress.  Specifically, glutathione works with other important natural antioxidants in the body to quench the harmful effects of free radicals, which would otherwise damage cells and tissue and trigger disease.

The process involves free radicals being passed down a chain, moving from vitamin C to vitamin E to lipoic acid and finally to glutathione.  In other words, when it comes to battling oxidation and inflammation, the “buck” really does stop with glutathione.

Glutathione then neutralizes the free radicals, and – for good measure – replenishes and recycles the other antioxidants.  In the process, however, the glutathione “sacrifices” itself, necessitating that another protective glutathione molecule be created to take its place.

In the case of serious injury or illness, glutathione may be depleted more quickly than it can be produced, unleashing a cascade of disastrous health effects.  In fact, many integrative healthcare providers warn that a deficiency is associated with virtually all chronic diseases such as, heart disease, cancer, type 2 diabetes, arthritis and Alzheimer’s disease.

Do NOT ignore the health dangers linked to toxic indoor air.  These chemicals – the ‘off-gassing’ of paints, mattresses, carpets and other home/office building materials – increase your risk of headaches, dementia, heart disease and cancer.
Get the BEST indoor air purification system – at the LOWEST price, exclusively for NaturalHealth365 readers.  I, personally use this system in my home AND office.  Click HERE to order now – before the sale ends.

Also known as “leaky gut,” increased intestinal permeability occurs when the connective junctions between the cells lining the intestines become loose – which can occur as a result of poor nutrition, exposure to environmental toxins, infections, food allergies, antibiotics, NSAID drugs and aging.

This allows harmful foreign substances – such as particles of undigested food, pathogens and toxins – to enter the bloodstream, causing an inappropriate immune response and triggering a variety of ills that can include systemic inflammation, cognitive decline, skin rashes, joint pain, irritable bowel syndrome and celiac disease.

Moreover, leaky gut disrupts the balance of the gut microbiota (beneficial bacteria). Imbalances in gut bacteria have been linked with obesity, type 2 diabetes, atherosclerosis and fatty liver disease.  Natural health experts maintain that glutathione helps to prevent and treat leaky gut by protecting the epithelial cells of the intestinal tract and strengthening the tight junctions between them.

And, glutathione’s three “building blocks” – the amino acids glutamine, cysteine and glycine – allow it to not only protect cells, but directly nourish them. Assorted studies show that glutamine and glycine are the preferred “fuel” for intestinal lining cells.  Research bears out the remarkable ability of glutathione and its constituents to fight leaky gut.

In an influential review of studies published in 2011 in Journal of Epithelial and Biological Pharmacology, the authors credited glutamine in glutathione with playing a “vital role in the maintenance of mucosal integrity.”

Glutathione combats bacteria and viruses by activating infection-fighting white blood cells, such as natural killer cells and T-cells.  In one double-blind, placebo-controlled clinical trial, participants were divided into three groups and given either low amounts of glutathione (250 mg a day), higher amounts (1,000 mg a day) or a placebo.

The results were definitive – and encouraging!

After six months, the team found that the high-amount of glutathione boosted the disease-fighting effect of natural killer cells by a stunning 100 percent!  By the way, scientists credit glutathione with the ability to promote both innate and adaptive immunity.

Keep in mind: innate immunity deals with non-specific threats and involves a general physical and cellular response – while adaptive immunity recognizes various microbial threats and develops a unique immune system response for each one.  Obviously, both forms of immunity are essential.

Finally, in a review published in Proceedings of the Nutrition Society, the authors noted the importance of glutathione to immune health, reporting that the immune system works best when the lymphoid cells have a delicately balanced intermediate level of glutathione.

One of the best ways to boost glutathione recycling and production is to increase your dietary intake of cruciferous vegetables, such as broccoli – and of high-cysteine foods such as cage-free eggs, grass-fed beef and organic whole grains.

As always, we recommend bioactive, non-pasteurized non-denatured whey protein as a superb source of cysteine.

Supplements that can help recycle glutathione include N-acetyl-cysteine, alpha lipoic acid, B-complex vitamins such as folate, B6 and B12. And, don’t forget the antioxidant vitamins C and E.  In addition to being recycled by glutathione, they can “return the favor” and recycle glutathione themselves.

Natural health experts typically advise glutathione supplementation of 250 to 600 mg a day. Of course, check with your integrative physician before supplementing.

With immune-boosting and detoxifying effects across the board, glutathione is clearly “good stuff” – especially during these physically (and emotionally) challenging times.