Lack of Sleep and Chronic Disease Are a Risky Combo 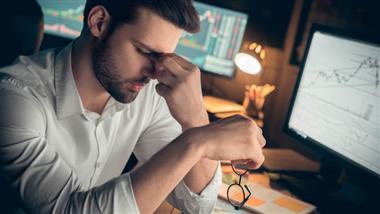 While sleep is still a largely neglected area of health, research shows that without proper sleep — both in terms of time and quality — every aspect of your health will be adversely impacted. Many important things happen during sleep, and only during sleep.

According to recent research, lack of sleep when you’re already struggling with a chronic health issue could be a downright deadly prescription. As reported by CNN Health:5

“If you’re a middle-aged adult with high blood pressure, Type 2 diabetes or existing heart disease and you typically sleep less than six hours each night, you could be setting yourself up for cancer or an early death from heart disease.”

The study5,7,8 CNN is referring to was published in the October 2019 issue of the Journal of the American Heart Association (JAHA). In it, researchers sought to determine whether short sleep duration would increase the risk of death associated with cardiometabolic risk factors and cardiovascular and cerebrovascular diseases.

Data from 1,654 adults from the Penn State Adult Cohort were evaluated. Using Cox proportional hazard models, the adjusted hazard ratio for all-cause mortality among those who slept less than six hours and had cardiometabolic risk factors (high blood pressure, elevated glucose or Type 2 diabetes) was 2.14 times higher than those who regularly slept six hours or more.

All of these associations were found to be independent of age, sex, ethnicity, obesity, smoking and other health conditions that might influence the results. Conversely, sleeping less than six hours did not increase the risk of death in those that did not have cardiometabolic risk factors or a cardiovascular or cerebrovascular disease diagnosis.

Likewise, those with cardiometabolic risk factors or a cardiovascular or cerebrovascular disease diagnosis who slept six hours or more were not at increased risk for death either. It was specifically the combination of chronic health problems and short sleep duration that increased the risk of death, including cancer mortality.

As noted by the authors:9

“Our novel findings show that objective short sleep duration increases the mortality risk of middle‐aged adults with CMRs [cardiometabolic risk factors] and those who have already developed CBVD [cardiovascular and cerebrovascular diseases].

If these findings are replicated in other large cohorts with objective sleep measures, short sleep duration should be included in the prediction of the mortality prognosis of middle‐aged adults with CMR or CBVD.

The primary finding of the current study indicated that there was an ≈2‐fold risk for all‐cause, CBVD, and non‐CBVD mortality in participants who had CMRs at baseline and demonstrated short sleep duration in the sleep laboratory.

Individuals who had CMRs and normal sleep duration at baseline, on the other hand, did not show a significantly increased risk on any of the mortality outcomes. This finding suggests that obtaining an adequate amount of sleep may minimize the adverse effect of CMRs on multiple mortality outcomes.

For instance, participants with both CMRs and short sleep at baseline showed an 83% higher risk of dying from CBVD, whereas their CMR counterparts with normal sleep duration had a modest 35% nonsignificant higher risk of CBVD mortality …

In conclusion, objective short sleep duration is an effect modifier of the mortality risk associated with CMR or CBVD. More important, our data suggest that short sleep may operate through different mechanisms on CBVD versus cancer mortality.”

Lack of Sleep Raises Your Risk for Heart Disease

As explained by lead author Quanhe Yang, senior scientist in the Division for Heart Disease and Stroke Prevention of the U.S. Centers for Disease Control and Prevention:11

For example, if a 40-year-old man has a heart age of 44 years based on his cardiovascular risk profile — the personal risk of having a heart disease — then his excess heart age is 4 years. In effect, his heart is four years older than it should be, for a typical man his age. The concept of heart age helps to simplify risk communication.”

Interestingly, the association between sleep and excess heart age was not linear. Those getting seven hours of sleep fared the best. At eight and nine hours, excess heart age started rising again, hitting 4.5 at eight hours and 4.1 at nine hours.

Another 2018 study12 found that even if you sleep a healthy number of hours, the quality of that sleep can have a significant impact on your risk for high blood pressure and vascular inflammation associated with heart disease.

Women who had mild sleep disturbance such as taking longer to fall asleep or waking up one or more times during the night were far more likely to have high blood pressure than those who fell asleep quickly and slept soundly throughout the night. According to the researchers:13

These findings provide direct evidence that common but frequently neglected sleep disturbances such as poor sleep quality and insomnia are associated with increased blood pressure and vascular inflammation even in the absence of inadequate sleep duration in women.”

The influence of sleep is also seen in cancer. As noted in a 2009 study14 in Sleep Medicine Reviews:

“The pineal hormone melatonin is involved in the circadian regulation and facilitation of sleep, the inhibition of cancer development and growth, and the enhancement of immune function.

Individuals, such as night shift workers, who are exposed to light at night on a regular basis experience biological rhythm (i.e., circadian) disruption including circadian phase shifts, nocturnal melatonin suppression, and sleep disturbances.

Additionally, these individuals are not only immune suppressed, but they are also at an increased risk of developing a number of different types of cancer.”

As explained in this paper, while melatonin plays an important role, there’s a reciprocal interaction between sleep and your immune system that is independent of melatonin as well. When your sleep cycle is disrupted, your immune function can be suppressed, allowing cancer-stimulating cytokines to proliferate and dominate. According to the authors:

“The mutual reinforcement of interacting circadian rhythms of melatonin production, the sleep/wake cycle and immune function may indicate a new role for undisturbed, high quality sleep, and perhaps even more importantly, uninterrupted darkness, as a previously unappreciated endogenous mechanism of cancer prevention.”

Similarly, research15 published in 2012 found sleep-disordered breathing or sleep apnea increases your risk of dying from cancer. Those with moderate sleep apnea were twice as likely to die from cancer, compared to those able to breathe normally during sleep. Those with severe sleep apnea had a 4.8 times higher cancer mortality.

Melatonin Is a Powerful Cancer Preventive

While it may not be the sole mechanism, decreased levels of melatonin due to lack of sleep certainly appears to play a key role in cancer formation. In one study, 16 postmenopausal women who regularly slept nine hours or more had a 33% lower risk of breast cancer than those who slept six hours or less.

Importantly, melatonin both inhibits the proliferation of cancer cells and triggers cancer cell apoptosis17 (self-destruction). It also interferes with the new blood supply tumors required for their rapid growth (angiogenesis).18

“Physiologically, melatonin is associated with T‐helper 1 (Th1) cytokines, and its administration favors Th1 priming. In both normal and leukemic mice, melatonin administration results in quantitative and functional enhancement of natural killer (NK) cells, whose role is to mediate defenses against virus‐infected and cancer cells.

Melatonin appears to regulate cell dynamics, including the proliferative and maturational stages of virtually all hematopoietic and immune cells lineages involved in host defense — not only NK cells but also T and B lymphocytes, granulocytes and monocytes — in both bone marrow and tissues.

In particular, melatonin is a powerful antiapoptotic signal promoting the survival of normal granulocytes and B lymphocytes. In mice bearing mid‐stage leukemia, daily administration of melatonin results in a survival index of 30–40% vs. 0% in untreated mice.

Thus, melatonin seems to have a fundamental role as a system regulator in hematopoiesis and immuno‐enhancement, appears to be closely involved in several fundamental aspects of host defense and has the potential to be useful as an adjuvant tumor immunotherapeutic agent.”

Considering the importance of sleep for preventing the two top killers in the U.S. (heart disease and cancer), just how much sleep do you need to reap protective benefits?

According to a scientific review of more than 300 studies published between 2004 and 2014, a panel of experts came up with the following recommendations. Keep in mind that if you’re sick, injured or pregnant, you may need a bit more than normal.

Set a Nightly Alarm to Help You Get Enough Sleep

There’s simply no doubt that sleep needs to be a priority in your life if you intend to live a long and healthy life. For many, this means forgoing night-owl tendencies and getting to bed at a reasonable time.

If you need to be up at 6 a.m., you need a lights-out deadline of 9:30 or 10 p.m., depending on how quickly you tend to fall asleep. If you find it difficult to get to bed on time, consider setting a bedtime alarm to remind you that it’s time to shut everything down and get ready for sleep.

As for how to improve your sleep if you’re having trouble falling or staying asleep, see my “Top 33 Tips to Optimize Your Sleep Routine.”

Sources and References
Posted in Sleep | No Comments »


« Genistein: The Soy Nutrient That Puts Bone Drugs to Shame
Should You Stretch Before or After Exercise, or Both? »