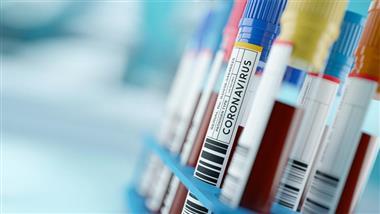 According to a June 2020 research paper,1 melatonin2,3 may be an important adjunct to COVID-19 treatment. Incidentally, while not emphasized, melatonin is an optional addition to the highly effective MATH+ protocol promoted by the Front Line COVID-19 Critical Care Working Group (FLCCC).4

“Melatonin, a well-known anti-inflammatory and anti-oxidative molecule, is protective against ALI/ARDS caused by viral and other pathogens,” the researchers state,5 adding:

“Melatonin is effective in critical care patients by reducing vessel permeability, anxiety, sedation use, and improving sleeping quality, which might also be beneficial for better clinical outcomes for COVID-19 patients.

Notably, melatonin has a high safety profile. There is significant data showing that melatonin limits virus-related diseases and would also likely be beneficial in COVID-19 patients.”

One of the things that makes melatonin so effective is that it doesn’t just act as an antioxidant in and of itself; it also interacts with your body’s innate antioxidant system where it recharges glutathione.6

A recent case series7 published in the journal Melatonin Research details how patients hospitalized with COVID-19 pneumonia who were given high-dose melatonin as an adjunct therapy to standard of care all improved within four to five days, and all survived.

On average, those given melatonin were discharged from the hospital after 7.3 days, compared to 13 days for those who did not get melatonin. This is far better than the expensive treatment remdesivir, which costs over $3,000 and doesn’t produce anywhere near this improvement.

However, the patients were given very large doses of melatonin, 36 mg to 72 mg per day in four divided doses. When used for sleep, you’d typically start with a dose of 0.25 mg and work your way up as needed.

Dr. Richard Neel and colleagues at Little Alsace and Uvalde Urgent Care clinics in Texas are also using high-dose melatonin in combination with vitamin C and vitamin D, and had as of the last week of July 2020 successfully treated more than 400 patients.8

“I knew that nothing would work for everyone, but it is working for the majority. It is amazing what melatonin is doing for most patients,” Neel told Kayleen Holder, editor of Devine News.9

Another paper,10 published in June 2020 in the journal Medical Drug Discoveries describes the mechanics by which melatonin inhibits the cytokine storm associated with critical SARS-CoV-2 infection. As explained by the authors:11

“A causative factor related to the hyper-inflammatory state of immune cells is their ability to dramatically change their metabolism. Similar to cancer cells … immune cells such as macrophages/monocytes under inflammatory conditions abandon mitochondrial oxidative phosphorylation for ATP production in favor of cytosolic aerobic glycolysis (also known as the Warburg effect) …

Importantly, the Medical Drug Discoveries paper points out that while melatonin was initially thought to be exclusively synthesized in the pineal gland, researchers have now demonstrated that it is actually synthesized in mitochondria, which means melatonin production occurs in most cells, including human lung monocytes and macrophages.

For those of you who might be familiar with melatonin, this is quite surprising as it has been commonly accepted for the past 50 years that the sole source of melatonin was the pineal gland. This is quite an amazing breakthrough to find out it is actually produced in the mitochondria, which are in every cell in your body except your red blood cells.

Presumably, a low-carb, high-fat diet that produces large amounts of ketones should provide similar benefits as the ketones are directly metabolized to acetyl-coenzyme A. As explained in the Medical Drug Discoveries paper:12

“In the absence of acetyl-coenzyme A, mitochondrial melatonin is no longer available to combat the inflammatory response or to neutralize the generated reactive oxygen species and the massive damage that occurs in the respiratory tree resulting in the primary signs of COVID-19 disease.

Importantly, endogenous melatonin production diminishes markedly with age especially in frail older individuals. This is consistent with the more serious nature of a COVID-19 infection in the elderly.”

Other research, including a Frontiers of Bioscience paper13 published in 2007, has pointed out that melatonin helps prevent mitochondrial impairment, energy failure and apoptosis (programmed cell death) in mitochondria damaged by oxidation.

Melatonin may even help regulate gene expression via certain enzymes,14 and helps regulate autophagy in certain pathological conditions.15 According to the authors, “Most of the beneficial consequences resulting from melatonin administration may depend on its effects on mitochondrial physiology.”16

Sepsis (blood poisoning) is another common outcome of an unhealthy immune response to infection, and melatonin may play an important role in preventing this as well. Evidence for this can be found in a Journal of Critical Care paper17 published in 2010. According to the authors:18

“Melatonin is an effective anti-inflammatory agent in various animal models of inflammation and sepsis, and its anti-inflammatory action has been attributed to inhibition of nitric oxide synthase with consequent reduction of peroxynitrite formation, to the stimulation of various antioxidant enzymes thus contributing to enhance the antioxidant defense, and to protective effects on mitochondrial function and in preventing apoptosis.

In a number of animal models of septic shock, as well as in patients with septic disease, melatonin reportedly exerts beneficial effects to arrest cellular damage and multiorgan failure …

Apart from action on the local sites of inflammation, melatonin also exerts its beneficial actions through a multifactorial pathway including its effects as immunomodulatory, antioxidant and antiapoptotic agent.”

In summary, melatonin appears to reverse septic shock symptoms by:19

In this case, melatonin appears to offer protection by having an antibacterial effect on white blood cells called neutrophils. A high neutrophil count is an indicator for infection. According to the authors of the 2019 study:22

Upon depletion of neutrophils, melatonin-induced protection against polymicrobial infection failed in the mice, but melatonin treatment in macrophage-depleted mice attenuated the mice mortality resulting from polymicrobial sepsis …

The data from this study support previously unexplained antiseptic effects of melatonin during a polymicrobial infection and could be potentially useful for human patients with sepsis.”

The scientific review paper,23 “Melatonin Potentials Against Viral Infections Including COVID-19: Current Evidence and New Findings,” published October 2020 in the Virus Research journal, also summarizes the many potential mechanisms by which melatonin can protect against and ameliorate viral infections.

One mechanistic basis for this relates to melatonin’s effects on p21-activated kinases (PAKs), a family of serine and threonine kinases. They explain:24

“In the last decade, PAKs have acquired great attention in medicine due to their contribution to a diversity of cellular functions. Among them, PAK1 is considered as a pathogenic enzyme and its unusual activation could be responsible for a broad range of pathologic conditions such as aging, inflammation, malaria, cancers immunopathology, viral infections, etc.

In a recent study conducted by Oh et.al. (2016), ‘Chloroquine’ (CQ) (an antimalarial drug used as an experimental medication in COVID-19 treatment protocol) was found to increase the expression of p21 that was downregulated by PAK1 in Th1 cells.

Furthermore, Lu and colleagues have shown that phosphatase and tensin homolog (PTEN), a tumor-suppressing phosphatase, may prevent the coronavirus-induced Ag II-pathological vascular fibrosis through inactivation of PAK1.

It has been proposed that coronaviruses could trigger CK2/RAS-PAK1-RAF-AP1 signaling pathway via binding to ACE2 receptor. Although it is not scientifically confirmed as yet, PAK1-inhibitors could theoretically exert as potential agents for the management of a recent outbreak of COVID-19 infection.

Indeed, Russel Reiter, a leading pioneer in melatonin research, has recently emphasized that melatonin may be incorporated into the treatment of COVID-19 as an alternative or adjuvant.”

In summary, “Melatonin Potentials Against Viral Infections Including COVID-19: Current Evidence and New Findings” and other research referenced in the list below suggests melatonin may play an important role in SARS-CoV-2 infection by:25

Lastly, “Melatonin Potentials Against Viral Infections Including COVID-19: Current Evidence and New Findings” discusses the potential of using melatonin as a vaccine adjuvant, nothing that:29

“Even if [a COVID-19] vaccine would be established, vaccine efficacy is probably considered to be inferior for the elderly and other high-risk population groups compared to people who are healthy and young. The immune responses to vaccines have been shown to be limited in the aforementioned groups because of a weakened immune system.

Therefore, using immunomodulatory agents such as melatonin as an effective adjuvant besides vaccination may boost the vaccine’s effectiveness in patients with both compromised and healthy immune systems.

As above-mentioned, melatonin is capable of enhancing the count of natural killer and CD4+ cells and amplifying the production of cytokines needed for effective vaccine response. Furthermore, sleep deprivation weakens immune response to viral infection, and melatonin has been proved to be a critical factor in improving sleep quality.”

Interestingly, a paper30 published in the May 2020 issue of The Journal of Steroid Biochemistry and Molecular Biology stresses the synergistic effects between melatonin and vitamin D. Not only does melatonin enhance vitamin D signaling, the two molecules act synergistically to optimize your mitochondrial function.

I’ve written many articles detailing the importance of vitamin D optimization to prevent SARS-CoV-2 infection and more serious COVID-19 illness. The evidence for this is frankly overwhelming, and raising vitamin D levels among the general population may be one of the most important prevention strategies available to us. To learn more, please download my vitamin D report, available for free on stopcovidcold.com. According to the authors of this May 2020 paper:31

“A deficiency of these molecules has been associated with the pathogenesis of cardiovascular diseases, including arterial hypertension, neurodegenerative diseases, sleep disorders, kidney diseases, cancer, psychiatric disorders, bone diseases, metabolic syndrome, and diabetes, among others.

During aging, the intake and cutaneous synthesis of vitamin D, as well as the endogenous synthesis of melatonin are remarkably depleted, therefore, producing a state characterized by an increase of oxidative stress, inflammation, and mitochondrial dysfunction …

Mitochondrial dysfunction has been related to the etiologies of many complex diseases where overactivation of the renin-angiotensin-aldosterone system (RAAS), vitamin D deficiency and the reduction of melatonin synthesis converge.

In this sense, experimental and clinical evidence indicates that inflammation, oxidative stress, as in mitochondrial dysfunction, are consistent with low levels of melatonin and vitamin D, and also represent risk factors connected with development and maintenance of prevalent acute and chronic pathologies.”

Simple Ways to Optimize Your Melatonin and Vitamin D

While there are likely many benefits to supplementing with oral vitamin D3 and melatonin, it makes no sense to do so unless you also optimize your body’s own production.

The good news is it’s relatively simple and inexpensive to increase your melatonin and vitamin D levels. To optimize your vitamin D, I recommend getting sensible sun exposure on large portions of your body on a regular basis, ideally daily.

For further guidance, see “The Risks and Benefits of Sun Exposure.” If for whatever reason you cannot get sufficient amounts of sun exposure, consider taking a vitamin D3 supplement (along with a little extra vitamin K2 to maintain a healthy ratio between these two nutrients, and magnesium to optimize vitamin D conversion).

I personally have not taken any oral vitamin D for well over 10 years and my levels are typically over 70 ng/mL, even in the winter, but I have started taking sublingual melatonin as I am now older than 65, even though I sleep in pitch dark and get bright sun exposure around 85% of the time during the day.

Optimizing your melatonin production starts with getting plenty of bright sunlight during the day, as this helps “set” your circadian clock. Then, as the evening wears on and the sun sets, you’ll want to avoid bright lighting.

My decision to personally use melatonin supplementation makes even more sense now that we understand that melatonin is not only produced in the pineal gland (which would benefit from circadian optimization), but also in our mitochondria. So, it appears that additional melatonin could serve as a useful adjunct in modulating your immune response.

One Comment to Melatonin — A Standard Treatment Adjunct for COVID-19?