Red ALERT: Thousands of satellites being launched into space to blast 5G radiation, no safety studies 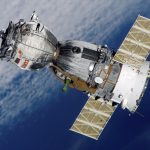 (NaturalHealth365) A ton of satellites are scheduled to orbit and saturate every inch of planet Earth with 5G radiation.  This “new” form of microwave technology will wreak havoc on human and environmental health.

In preparation for the worldwide rollout of 5G technology, 60 satellites have been launched from the Kennedy Space Center, and many more are projected to follow. But, while the telecommunications industry heralds the event as the beginning of a “new era of connectivity,” natural health experts point out that not a single safety study exists to explore the environmental and biological implications of 5G radiation.

Editor’s note: Click HERE to find out how to protect yourself from EMF pollution – including 5G!  I’ll be hosting a webinar – starting Aug. 7.  Don’t miss it!

There will be six more launches of 60 satellites in this year alone. When the first 420 are in orbit, they will be turned on, and begin providing global 5G service to SpaceX’s first customers.

But that’s just the beginning.

Starting in 2020, SpaceX intends its rockets to carry 120 satellites at a time into orbit – and the planned fleet of 12,000 satellites is projected to be operational within the decade.

The satellites will operate at millimeter wave frequencies, and will be capable of aiming focused steerable beams at any desired point on the surface of the earth. The FCC has licensed SpaceX to allow each satellite to emit an effective radiated power of up to 5 million watts per beam.

Musk’s company is not the only one making forays into space.  In the race for the global 5G rollout, other companies have followed suit.

SpaceX competitor OneWeb launched the first six of its projected fleet of 4,540 satellites on Feb 27. (The company plans to launch 36 satellites every month, and to turn them on when 648 are in orbit).

Not to be outdone, Amazon recently announced plans to launch its own fleet of over 3,000 5G satellites.

Are we sacrificing the future of planet Earth for “ultrafast, lag-free internet?”

According to Cellphone Task Force (CTE) – a non-profit group that studies the health and environmental threats posed by wireless technology – the situation is an “emergency” not just because of the direct radiation from the satellites, but because of their location in the ionosphere – which is a vital part of the global electrical circuit that animates all living things.

According to CTF, even a few hundred satellites using the enormous amount of bandwidth available in the millimeter wave spectrum will pollute the global electrical circuit with “dirty electricity.”

And the results could be catastrophic.

Among the problems the satellites could cause are the increased production of toxic waste, the pollution of groundwater and a loss of ozone.

Warning: These satellites will jeopardize the indispensable global electrical circuit

The global electrical current enters the body from the top of the head, courses through the acupuncture meridians, and re-enters earth through the feet.

But 5G technology could sabotage this vital process.

These are called the Schuman Frequencies – and they happen to be the brain wave frequencies of every human and animal on the planet. These frequencies regulate our biorhythms (a fact not lost on traditional Chinese medicine, which traditionally refers to these currents as “qi”), and are essential for maintaining health and promoting healing.

In short, their disruption could be disastrous – and hints of this have already been seen.

It is well known that astronauts in space experience disruption of circadian rhythms – and Russian scientists have noted a “decrease in all physiological processes” that occurs during space missions and is identical to the physical effects of aging.

And it is a fact that on September 23, 1998 – when the very first satellite phones became operational – an overwhelming 86 percent of electrically sensitive people surveyed experienced signs of electrical illness such as headaches, nausea, heart palpitations and tinnitus.

Finally, ELF and VLF radiation from the power lines on earth have already penetrated the ionosphere, affecting the weather on earth – a phenomenon known as “power line harmonic radiation.”

5G technology from space will interfere with weather forecasting, reducing accuracy by 30 percent

And 5G could have yet another devastating effect.

According to the National Oceanic and Atmospheric Administration, the technology could interfere with water vapor data that is essential for weather forecasting – jeopardizing our ability to prepare for hurricanes, tornadoes and floods.

In fact, 5G technology could set the accuracy of weather forecasts “back 40 years” – with implications that a NOAA spokesman described as “dire.”

For instance, one expert says that this reduced forecast capability means that forecasters would not have been able to accurately predict Superstorm Sandy, which devastated parts of the Atlantic coast in 2012. (The inferior model would have falsely predicted the storm going out to sea – and cut into precious preparation time).

“There is a very high probability that we are going to lose a lot of data,” the spokesman warned.

Naturally, a representative for CTIA, the trade group representing the US wireless industry, pooh-poohed the warning, denying that 5G would cause any problems.

Join the 100,000 people who have signed the International Appeal

Scientist Arthur Firstenberg has organized an International Appeal to Stop 5G on Earth and in Space.

As Cellphone Task Force points out, Elon Musk is an individual who seems to truly care about the planet. However, his misguided use of 5G satellites could have devastating implications for Earth. Hopefully, he, and other individuals like him, can be made to listen – before it is too late.

Editor’s note: Click HERE and find out how to protect yourself from EMF pollution – including 5G!  I’ll be hosting a webinar – starting Aug. 7.  Don’t miss it!