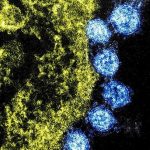 (NaturalHealth365) What’s the term you always hear about exercising caution when consuming the news?  “Follow the money.” It’s truly a sad state of affairs when the public has to worry about whether their governments were more involved in this coronavirus pandemic than they’ve been led to believe.  But, we may just have to look at the paper trail.

As we reported over two months ago, infectious disease experts and others have long speculated that the new and deadly strain of coronavirus, SARS-CoV-2, originated in a Chinese lab that studies dangerous pathogens. Now, in a bombshell turn of events, reports are coming out that the U.S. government has been funding this very lab for many years!

Coronavirus research in China got financial support from the U.S. government

The controversial lab in question is a BSL-4 facility at the Wuhan Institute of Virology. It’s one of the handful of labs in the world with the highest biosafety certification required to do research on extremely dangerous pathogens like: the Ebola virus, small pox, and yes – coronavirus.

The fact that the Wuhan lab conducts experiments with both bats and coronaviruses is a matter of “public record” according to the BBC.  Moreover, it turns out that the United States government has been funding research here for several years.  No doubt, this video reveals only part of the story.

We, at NaturalHealth365, will continue to monitor this story as the facts get revealed.

In the video, the White House acknowledges that the lab was given “a substantial amount of money” from the National Institutes of Health several years ago – with reports indicating it was for $3.7 million.

If indeed the virus got its true origins at the American-funded Chinese lab, it’s yet to be determined if the virus leaked out accidentally or was maliciously released as a bioweapon.

Mainstream media finally recognizes a disturbing link between the U.S. and China

Mainstream media outlets are reporting more and more about the potential link between the COVID-19 pandemic and a China laboratory.  In an April 17 interview on NPR’s Morning Edition with Steve Inskeep, NPR’s national security correspondent Greg Myre responded to questions about whether he believed the virus that causes COVID-19 did in fact come from Wuhan’s BSL-4 facility.

While Myre cautions that there’s still “lots to learn” about the potential link, he goes on to acknowledge that the United States intelligence government is actively investigating the possibility and that, of course, “Wuhan Institute of Virology just a handful of miles away from where the wet market was.”

“The intelligence community hasn’t trusted the Chinese explanations, and it sees their ongoing behavior as suspicious,” Myre continues. “But they’re not prepared to make a final assessment.”

Also in the interview was a reference to a jaw-dropping statement from U.S. Secretary of State Mike Pompeo, who said last week that Beijing “needs to come clean” about the government’s knowledge about where the virus came from and how it spread.

Conversely, a study published in March in Nature Medicine found no genetic evidence that the virus was created in a lab, and as recently as April 18th, officials from the Chinese lab itself, including vice director Yuan Zhiming, have vehemently denied the claim.

We’ll be watching this news story very closely over the coming days, weeks, and months.


« Measles Transmitted By The Vaccinated, Gov. Researchers Confirm
Was the COVID-19 Test Meant to Detect a Virus? »