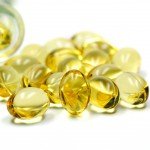 (NaturalHealth365) Coenzyme Q10, or CoQ10, is a substance found in every cell of our body. It is in a variety of foods, and healthy people are not likely to develop a deficiency of this nutrient. But, you might want to think about taking in some extra CoQ10 – especially if you’re taking a statin to lower your cholesterol levels.

CoQ10 has many potential health benefits, including possibly lowering the risk of certain cancers. Women, especially, should take note, since recent research points to links between breast cancer risk and lower levels of CoQ10 in the blood.

Clearing up the confusion about CoQ10

Coenzyme Q10 is technically not a vitamin because your body can synthesize it, so you do not need to get it from food. However, its structure is similar to that of vitamins. Also like vitamins, it acts as a coenzyme functions in your body’s metabolic reactions.

CoQ10 also has powerful antioxidant properties. For example, it helps prevent harmful oxidation of LDL cholesterol, and it supplements the work of vitamin E, or tocopherol. When your blood levels of CoQ10 are lower, your body needs more vitamin E from the diet to carry out heart-healthy antioxidant reactions.

What are the health benefits associated with CoQ10?

Can a Coenzyme Q10 deficiency increase the risk of cancer?

Since the 1960s, researchers have noted associations between lower blood levels of CoQ10 and cancer. People with lymphoma, myeloma, and lung, head, neck, and prostate cancers tend to have lower levels of CoQ10.

A recent study looking into links between CoQ10 and breast cancer examined data from nearly 1,000 women aged 40 to 70 in the Shanghai Women’s Health Study. Those who had serum levels of CoQ10 in the bottom fifth of participants had a 90 percent greater chance of being diagnosed with breast cancer than those whose levels were in the middle fifth.

“The current Shanghai Women’s Health Study, with relatively larger sample size and longer follow-up time suggests an inverse association for plasma CoQ10 levels with breast cancer risk in Chinese women,” according to study authors Robert V. Cooney of the University of Hawaii and colleagues. Based on these results, future research should investigate potential effects of supplementation on the risk of breast cancer.

The study also confirmed the association between low CoQ10 and higher risk of cervical cancer, myeloma, and melanoma. This makes the results relevant to men as well as women. This study is far from definitive, but it seems likely that there is a link between healthy CoQ10 levels and reduction in cancer risk.

CoQ10 is in a variety of foods, including meat, fish, and eggs, and organ meats, such as heart, kidney, and liver, are especially rich sources. You can also find CoQ10 in plant-based foods, such as cauliflower, peanuts, soybean oil, and strawberries.

Obviously, you can obtain additional benefits, with ease, by supplementing your diet with a high quality CoQ10 supplement.