The connection between artificial sweeteners and diabetes 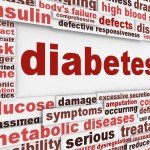 (NaturalHealth365) According to the American Diabetes Association, diabetes has become a pandemic, affecting 30 million people in the United States alone. Unfortunately, the rate of diabetes continues to grow exponentially due to the overconsumption of processed foods – which dominate the standard American diet or its more popular name, “SAD.”

Shockingly, by 2030, WHO is predicting diabetes will become the seventh leading cause of death around the world.  So, what’s the main ingredient fueling this health crisis of metabolic disorders?  Look no further than the consumption of artificial sweeteners, under names like, Sweet’N Low, NutriSweet, Equal, aspartame – the list goes on and on.

A study at the Imperial College of London found that people who drink a single 12-ounce soda a day increased their risk of type-2 diabetes by 18 percent – compared to those who avoided soda.

In addition, if these quotes (below) don’t make you think twice about consuming artificial sweeteners … then, nothing will.

“Unfortunately, many patients in my practice, and others seen in consultation, developed serious metabolic, neurologic and other complications that could be specifically attributed to using aspartame products. This was evidenced by the loss of diabetic control, the intensification of hypoglycemia, the occurrence of presumed ‘insulin reactions’ (including convulsions) that proved to be aspartame reactions, and the precipitation, aggravation or simulation of diabetic complications (especially impaired vision and neuropathy) while using these products… dramatic improvement of such features after avoiding aspartame, and the prompt predictable recurrence of these problems when the patient resumed aspartame products, knowingly or inadvertently.” – H.J.Roberts, M.D., F.A.C.P., F.C.C.P

“In view of all these indications that the cancer-causing potential of aspartame is a matter that had been established way beyond any reasonable doubt, one can ask: What is the reason for the apparent refusal by the FDA to invoke for this food additive the so-called Delaney Amendment to the Food, Drug and Cosmetic Act? Is it not clear beyond any shadow of a doubt that aspartame has caused brain tumors or brain cancer in animals?” – Dr. Adrian Gross, former FDA toxicologist

“So in the case of diet drinks in aluminum cans, the very toxic brain aluminum fluoride compound co-exists with multiple toxins found in aspartame, thus creating the most powerful government-approved toxic soup imaginable. With the strong association between aluminum, excitotoxins, aluminum fluoride complexes and Alzheimer’s disease, it would be completely irresponsible to encourage people to consume this toxic mixture.” – Russell Blaylock, M.D.

Uninformed consumers, in an effort to reduce sugar intake and reduce the risk of diabetes, tend to think that artificial sweeteners offer some kind of “safe” alternative to processed sugar. But, as we now know, the scientific evidence is abundantly clear – consuming artificial sweeteners actually increase the risk of obesity, diabetes plus many other health problems.

How artificial sweeteners cause glucose intolerance

When researchers from the Weizmann Institute of Science in Rehovot, Israel began studying the effects of aspartame, sucralose and other artificial sweeteners in the body, what they found was startling. Data acquired through the study revealed a significant change within the composition and function of the ‘good’ bacteria within the intestines of mice fed a steady measure of various non-caloric artificial sweeteners.

Since these bacteria play an important role in digestion and glucose metabolism, threatening this balance of good and bad bacteria, within the gut, by eating artificial sweeteners can lead to glucose intolerance, over time.

One of the researchers at Weizmann, Eran Elinav, told reporters during a news conference that he made a decision to stop using artificial sweeteners because of the surprising results of the study.

Artificial sweeteners proven to do more harm than good

With scientific data that upholds the dangers of artificial sweeteners within the gut and other areas of the body, why would anyone continue consuming these dangerous substances? Furthermore, why are these substances still touted as ‘safe’ and even beneficial for people who need to lower their sugar intake or calorie consumption?

Sadly, there are many organizations like, the American Cancer Society … that continue to push the notion that aspartame is “safe” and does not cause cancer.  Just look at what they say … and we’ll let you decide how deceptive they are.

In about 6,000 food products, artificial sweeteners lurk in all kinds of commonly consumed products such as, sugar-free gum, diet sodas, breakfast cereals, baby food and even the most popular brands of yogurt. It’s no wonder we see the steady growth of obesity, diabetes and neurological diseases like, Alzheimer’s.

Instead of using these neurotoxin poisons to prevent or “manage” diabetes, we must learn to enjoy natural sugars (in moderation) and commit to a lifestyle of clean, healthy living – including the consumption of organic vegetables, fruits, sprouted nuts, seeds plus a reasonable amount of healthy fats and proteins … as much as possible.

Combined with an active lifestyle, a balanced diet of real food – found in nature – free of artificial sweeteners and other food additives … will enable you to maintain a healthy blood sugar level and never be concerned about diabetes.


« Medicinal Mushrooms Cut Herpes Suffering Time in Half
What high blood pressure, insulin resistance and obesity are telling you about your liver health »