The Importance of Melatonin for Optimal Health 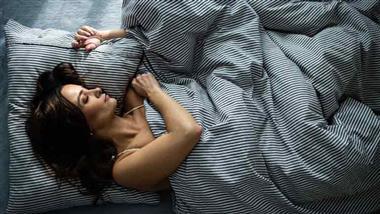 Sleeping well is an essential strategy to optimize your health, and at the heart of it is your circadian rhythm. This is also known as your body clock. It’s a natural, biological timer present in every one of your cells that helps your body recognize sleepiness and wakefulness over a period of 24 hours.

Your circadian rhythm is largely dictated by your pineal gland, located near the center of your brain, which produces melatonin, a hormone that is crucial for the regulation of your sleep cycle.

If you have had enough exposure to bright light in the daytime, your pineal gland typically starts secreting melatonin around 9 p.m.1 As the amount of melatonin in your brain increases, sleepiness sets in as your body begins to prepare for sleep.

If you stay awake past dark, artificial light — especially that emitted by electronic devices — will inhibit your body’s melatonin production, so, ideally, you would stop using electronics at least an hour or two before bedtime to help increase melatonin production and maintain a steady circadian rhythm.

Melatonin Does More Than Control Sleep

While melatonin works as a natural sleep regulator, its biological effects don’t end there.2 It’s also a potent antioxidant3 that plays an important role in cancer prevention.4 It’s also thought to be important for brain, cardiovascular and gastrointestinal health,5 and has been shown to boost your immune function in a variety of ways.

In one study,6 researchers suggested melatonin may even improve the treatment of bacterial diseases such as tuberculosis. In another, melatonin was identified as a potential tool against inflammation and autoimmune diseases, including Type 1 diabetes.7

Melatonin is also an important energy hormone. As noted in the Stanford University course paper “Melatonin and Energy Levels:”8

“… decreasing the melatonin in the blood stream, consistent with the body’s natural response to suppress the secretion in the presence of light, causes the body to function at a higher energy level … An increase in the melatonin levels leads to a subsequent decrease in energy levels.

As such, understanding how to control and optimize the secretion and suppression of the melatonin for optimal hours of the day could help improve the treatment of sleep disorders and positively impact the energy levels of individuals.”

In short, if your sleep efficiency is impaired, meaning you’re not sleeping as deeply as you should, for as long as is ideal, then your energy level is going to be adversely affected.

Conversely, spending most of your daytime hours in poorly lit rooms, especially if you’re also exposed to excessive light after sunset, can impair your melatonin production, causing you to not sleep well.

Importantly, the antioxidant activity of melatonin also helps protect your mitochondria, the tiny organelles inside your cells that generate most of the ATP or energy currency of your body. As noted in a 2007 paper in the Frontiers of Bioscience:9

“Melatonin is an ancient molecule present in unicellular organisms at the very early moment of life … The best-known actions of melatonin, currently supported by experimental and clinical data, include antioxidant and anti-inflammatory abilities, some of them involving genomic regulation of a series of enzymes.

Besides, melatonin displays anticonvulsant and antiexcitotoxic properties. Most of the beneficial consequences resulting from melatonin administration may depend on its effects on mitochondrial physiology.”

In fact, melatonin appears to be the most powerful antioxidant in this regard, as it has the ability to actually enter into your mitochondria.10 This is an ability that not all antioxidants have. According to this Frontiers of Bioscience paper,11 melatonin helps “prevent mitochondrial impairment, energy failure and apoptosis in oxidatively-damaged mitochondria.”

One of the things that makes melatonin so powerful is that it doesn’t just act as an antioxidant in and of itself; it also interacts with your body’s innate antioxidant system where it recharges glutathione.12 However, this brings us back to the importance of sleep.

Since melatonin is only released in response to darkness, and is easily and significantly inhibited by light (such as regular room lighting and electronic screens, after dark), your mitochondrial health will suffer if you do not take steps to optimize your sleep.

Aside from worsening your sleep quality and decreasing your sleep quantity, low melatonin production also increases oxidative stress, speeds up the aging process and raises your risk of degenerative diseases and chronic fatigue, thanks to its influence over your mitochondria.

In my February 2, 2020, article “The Importance of Vitamin D for Optimal Sleep,” which features my interview with neurologist and sleep coach Dr. Stasha Gominak, I review the hidden influence vitamin D has on your sleep.

A paper13 that will be published in the May 2020 issue of The Journal of Steroid Biochemistry and Molecular Biology — which I was able to review early, parts of which I’m sharing with you here — sheds further light on this connection. Not only does melatonin enhance vitamin D signaling, the two molecules act synergistically to optimize your mitochondrial function.

As noted in this paper,14 “The biosynthetic pathways of vitamin D and melatonin are inversely related relative to sun exposure,” meaning both are dependent on properly timed exposure to the sun.

A hypothesis presented by the researchers is that vitamin D and melatonin “play an essential role as modulators of mitochondrial function and adaptation to circadian and seasonal variations.”

Additionally, “both molecules are involved in the homeostatic functioning of the mitochondria,” the authors point out, stressing that the mitochondria are, in fact, “the final common target for melatonin and vitamin D.” Furthermore:

“A deficiency of these molecules has been associated with the pathogenesis of cardiovascular diseases, including arterial hypertension, neurodegenerative diseases, sleep disorders, kidney diseases, cancer, psychiatric disorders, bone diseases, metabolic syndrome, and diabetes, among others.

During aging, the intake and cutaneous synthesis of vitamin D, as well as the endogenous synthesis of melatonin are remarkably depleted, therefore, producing a state characterized by an increase of oxidative stress, inflammation, and mitochondrial dysfunction …

Mitochondrial dysfunction has been related to the etiologies of many complex diseases where overactivation of the renin-angiotensin-aldosterone system (RAAS), vitamin D deficiency and the reduction of melatonin synthesis converge.

In this sense, experimental and clinical evidence indicates that inflammation, oxidative stress, as in mitochondrial dysfunction, are consistent with low levels of melatonin and vitamin D, and also represent risk factors connected with development and maintenance of prevalent acute and chronic pathologies.”

According to the 2020 paper in The Journal of Steroid Biochemistry and Molecular Biology,15 multiple sclerosis, cancer, neuropsychiatric disorders and high blood pressure are all examples of diseases that appear strongly linked to and affected by your vitamin D and melatonin status.

Interestingly, a 2012 study16 pointed out melatonin is “an overlooked factor in schizophrenia and in the inhibition of antipsychotic side effects.” Vitamin D deficiency has also been linked to a higher risk of schizophrenia,17,18 especially when levels are low during development.19

When combined in treatment, melatonin and vitamin D produce strong synergistic effects against cancer. Two separate studies20,21 have demonstrated the combination induces apoptosis and inhibits growth and division of breast cancer cells. In one of them, the combination resulted in “an almost complete cell growth arrest at 144 hours.”22

These effects were attributed (at least in part) to enhanced release of transforming growth factor beta 1 (TGF-β1), a type of cytokine that controls cell growth, proliferation, differentiation and apoptosis. Melatonin in combination with vitamin D has also been shown to protect against apoptotic ischemia-reperfusion injury in the kidney.23

Simple Ways to Optimize Your Melatonin and Vitamin D

The evidence suggests optimizing your melatonin production by making sure you sleep well at night may be a hidden key to maintaining mitochondrial health, which in turn is paramount for longevity and the prevention of virtually all chronic health problems.

However, while there are likely many benefits to supplementing with vitamin D and melatonin, it makes no sense to do so unless you are seeking to optimize your body’s own production.

The good news is it’s relatively simple and inexpensive to increase your melatonin and vitamin D levels. To optimize your vitamin D, I recommend getting sensible sun exposure on large portions of your body on a regular basis, ideally daily.

For further guidance, see “The Risks and Benefits of Sun Exposure.” If for whatever reason you cannot get sufficient amounts of sun exposure, consider taking a vitamin D3 supplement (along with a little extra vitamin K2 to maintain a healthy ratio between these two nutrients).

I personally have not taken any oral vitamin D for well over 10 years and my levels are typically over 70 ng/mL, even in the winter, but I have started taking sublingual melatonin as I am now older than 65, and believe there are benefits for such, even though I sleep in pitch dark and get bright sun exposure around 85% of the time during the day.

Optimizing your melatonin production starts with getting plenty of bright sunlight during the day, as this helps “set” your circadian clock. Then, as the evening wears on and the sun sets, you’ll want to avoid bright lighting.

Additionally, an interesting paper25 in Nature Structural & Molecular Biology, published in 2017, highlights the usefulness of time-restricted eating to improve your sleep cycle. As noted in this paper:

“The robustness of the circadian clock deteriorates with aging. Two new studies show that aging reprograms the circadian transcriptome in a cell-type-dependent manner and that such rewiring can be reversed by caloric restriction …


« What is the Pelvic Floor? Why Should We Be Talking About It?
“Greater than SARS:” Death toll of coronavirus surges in China and the world is watching »