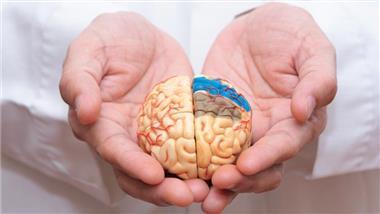 Heart disease and cancer are the top two reasons people die in the U.S. The term heart disease is used to identify several types of conditions, including cardiovascular disease, coronary artery disease and heart attack. While many think of this as a man’s disease, the CDC1 reports almost as many women will die each year from it.

The most common type, coronary heart disease, affects 6.2% of women 20 and older. Many women report having no symptoms before experiencing a heart attack, but others may have symptoms of angina, nausea or fatigue. Diabetes, obesity, an unhealthy diet and lack of physical activity are all lifestyle choices that increase your risk for heart disease.

Each of these same factors increase your risk of cancer. Some of the types of cancer that more frequently affect women include breast, cervical, lung, colorectal and skin.2 Most cancers strike women after menopause, but gynecological cancers may happen at any time.

Every year 90,000 women are diagnosed with one form of gynecological cancer and 242,000 with breast cancer. The signs of gynecological cancers may be vague and mimic symptoms of other conditions, such as unexplained weight loss, constant fatigue, loss of appetite or feeling full, pain in the pelvis or a change in bowel habits.

New data recently presented at the European Society of Cardiology3 strongly suggest that women who can exercise vigorously experience a significantly lower risk of mortality from heart disease, cancer and other causes. Although there have been multiple studies using male participants or mixed groups, the researchers proposed that information specific to women was scarce.

The study used data from 4,714 adult females who had undergone echocardiograms for known or suspected coronary artery disease. Treadmill stress tests were used with increasing intensity to measure fitness, which the researchers defined as a maximum workload of 10 metabolic equivalents (METs).

Women who were able to achieve 10 METs or more were compared to those who achieved less. A measurement of 10 METs is equivalent to walking up four flights of stairs fast without stopping or going up three flights quickly.

The researchers followed the participants for a median 4.6 years and found there were 345 deaths from cardiovascular disease, 164 from cancer and 203 from other causes. After adjusting for influencing factors, the findings revealed that women in the higher MET group had a lower risk of death from all measured causes.

By comparison, women in the lower fitness group experienced an annual rate of death nearly four times higher and the annual cancer death rate doubled. One researcher, Dr. Jesus Peteiro, noted the average age of participants was 64 years and 80% were from 50 to 75 years. He went on to comment:4

“Good exercise capacity predicted lower risk of death from cardiovascular disease, cancer, and other causes. Looking at both examinations together, women whose heart works normally during exercise are unlikely to have a cardiovascular event.

But if their exercise capacity is poor, they are still at risk of death from cancer or other causes. The best situation is to have normal heart performance during exercise and good exercise capacity.”

The women underwent imaging of their heart during the treadmill test to assess function. Those with poor function during the test were more likely to succumb to cardiovascular disease during the follow-up period, but it was not predictive of death from other causes.5 Peteiro said: “The results were the same for women over 60 and less than 60, although the group under 50 was small.”

Staying fit is key to reducing your potential risk for many chronic diseases, including those affecting the central nervous system. Across the world there are 47 million who are living with dementia, and this is expected to increase to 75 million by 2030. You may be able to significantly slash this risk by taking simple steps to improve your cardiovascular fitness.

A study from the University of Gothenburg in Sweden showed women with the highest cardiovascular fitness had an 88% reduced risk of dementia as compared to those with moderate fitness. Even maintaining some fitness proved to have benefit as those with the lowest level experienced a 41% greater risk of dementia than those with average fitness.

The researchers did not assess how much exercise the participants engaged in but used an ergometer cycling test during which additional resistance was added as the women continued to cycle until they were exhausted. The authors wrote:

“These results suggest that cardiovascular fitness is associated with the sparing of brain tissue in aging humans. Furthermore, these results suggest a strong biological basis for the role of aerobic fitness in maintaining and enhancing central nervous system health and cognitive functioning in older adults.”

A second way fitness may protect neurological health is by increasing levels of PGC-1alpha responsible for improving mitochondrial biogenesis. Data reveal that those with Alzheimer’s have less PGC-1alpha in their brain. Cells containing more produce less of the toxic amyloid protein associated with the development of Alzheimer’s disease.

Participants diagnosed with mild to moderate Alzheimer’s were enrolled in a four-month supervised exercise program. The results demonstrated they had fewer neuropsychiatric symptoms from the disease than the control group who did not exercise.

A progressive walking program in those with early Alzheimer’s disease led to improvements in cardiovascular fitness and functional ability. This in turn led to improved memory and increases in the size of the brain’s hippocampus.

Your mitochondria are minute powerhouses in your cells producing a majority of the energy your body generates, as well as coordinating apoptosis, or programmed cell death, important in the prevention of malfunctioning cells that may turn into cancer.

Your brain is the most energy-dependent organ and therefore is particularly susceptible to impaired energy production. This process may then make the brain more susceptible to age-related disease.

As you age, the genes controlling mitochondrial energy generation may be turned down, and mitochondria are noted to be less dense and more fragmented. With insufficient energy and dysfunctional mitochondria, defective cells can survive and multiply.

There are several ways your mitochondria may be damaged, but much of it may result from superoxide free radicals. Although the production of superoxide is part of a normal process, when produced at higher than normal levels it damages the DNA in your mitochondria. This damage increases when you are not metabolically flexible.

That means you burn a higher percentage of carbohydrates for fuel than you do fat. The process of burning carbs leaks more electrons that combine with oxygen to form superoxide. High-carbohydrate processed foods prevent you from burning fat efficiently, which produces less oxidative stress than carbs. Your nutrition is also foundational to protecting your mitochondrial health.

When you combine a strong nutritional plan to boost metabolic flexibility with cardiovascular fitness you build on the health benefits of both. For many years the standard dietary recommendations were three square meals a day with small snacks in between.

The most obvious risk of this eating plan is the potential of overeating. But, the less obvious risk is metabolic dysfunction, raising your risk of cancer, heart disease and dementia.

For a number of years, I have strongly advised against eating within three hours of going to bed. The authors of one study found that eating an early dinner, or skipping it entirely, changes the way the body metabolizes fat and carbohydrates. This improves fat burning and reduces hunger. The key in the study was eating the last meal of the day by the middle of the afternoon.

The only changes made to the participants’ meals was timing. The total number and types of calories remained the same. Results showed the participants were less hungry and experienced increased fat burning during the evening hours, along with improved metabolic flexibility. It appears that late night eating will boost free radical damage, negatively impacting mitochondrial function.

By taking advantage of your circadian rhythm you optimize your metabolism. During sleep your body requires less energy. Thus, if you eat right before bed, mitochondria produce excessive amounts of free radicals. In one study of 1,800 people with prostate and breast cancer, researchers found that meal timing reduced the risk of cancer.

They also found that those who awakened early had a higher risk of cancer when they ate dinner late in the evening compared to those who were more energetic at night. A very effective option is to combine intermittent fasting, extend the amount of time you go without food and follow a ketogenic diet.

Fasting upregulates autophagy and mitochondrial health, activating stem cells and stimulating mitochondrial biosynthesis. What many don’t realize is that many of these benefits happen during the refeeding phase, making what you eat foods that are essential to your optimal health.

In one study participants lost 3% of their body weight while practicing time restricted eating even though they didn’t change their nutritional choices. While they lost weight, they did not improve important disease parameters, including visceral fat, diastolic blood pressure, triglycerides, fasting glucose or fasting insulin.

When intermittent fasting is combined with a ketogenic diet it provides many of the same benefits of fasting, in addition to improvements in health such as increased muscle mass, improved insulin sensitivity, reduced inflammation, reduced risk of cancer and increased longevity.

Lack of Exercise May Be Worse Than Smoking

Exercise and nutrition are two of the best preventive strategies against many common health conditions. In one study scientists found that the lack of physical activity came with a global price tag of $67.5 billion in 2013 and that it causes more than 5 million deaths each year, while smoking kills 6 million.

The average U.S. adult will sit nine to 12 hours each day. While sitting is not inherently dangerous, the cumulative effects on your cardiovascular and musculoskeletal system can seriously impact your health and shorten your life.

In a four-year evaluation of 8,000 Americans over the age of 45, researchers found that those who moved more were healthier. There was also a correlation between death rate and the number of hours the participants spent sitting each day. The bare minimum of movement is 10 minutes for every hour of sitting. However, it is wiser to strive to sit as little as possible.

Sitting correctly requires greater muscle activation and will reduce your potential risk of lower back pain and strain. For specific instructions on how to sit right and for a list of some of the negative side effects of sitting for long periods, see “The Importance of Standing More, Sitting Less.”