What are the health risks of low glutathione levels 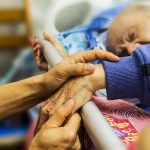 (NaturalHealth365) Despite advances in diagnosis and treatment, chronic disease continues to exert a lethal toll in the United States. Close to 650,000 Americans die from heart disease every year, while the CDC reports that cancer is expected to claim over 600,000 lives in 2020 alone. In addition, 5.7 million people are currently living with Alzheimer’s disease, the number one form of dementia among older adults (and the sixth leading cause of death). Now, peer-reviewed research reveals a common thread connecting these illnesses – virtually all people suffering from these health issues exhibit low levels of glutathione.

Clearly, glutathione – famously referred to as, the “master antioxidant” – plays an important role in health and longevity.  Today, we’ll focus on how to renew and replenish stores of this wonderful substance.

Unsurprisingly, having low glutathione can have serious health consequences.

In fact, there are many integrative healthcare providers that warn the public about the health dangers associated with low glutathione levels.  Simply put, if you’re dealing with blood sugar imbalances, autoimmune disorders or poor brain function, being low in glutathione could be the reason for your health challenges.

In a study published in The Lancet, researchers reported that elderly people demonstrated lower glutathione levels than younger individuals.  And, levels declined with age and state of health.

In people who were both ill and elderly, levels were even lower – and were at the lowest in the hospitalized elderly.

Warning: Glutathione deficiency is a massive threat to cellular health

In a 2013 review published in the Journal of Alzheimer’s Disease, scientists concluded that Alzheimer’s disease may be triggered by oxidative stress in the brain resulting from decreased levels of glutathione.

Research has also shown that low levels of glutathione can set the stage for insulin resistance and type 2 diabetes.

A review published in PLOS One reported that diabetic patients had lower levels of glutathione when compared to a control group. And, abnormal glutathione metabolism was more pronounced in patients with microvascular complications from diabetes.

As with the Alzheimer’s disease study, the scientists concluded that glutathione plays a key role in preventing health issues and reducing oxidative stress.

Significantly, a study published in the Journal of Clinical Epidemiology found that elderly subjects with diagnoses of arthritis, diabetes or heart disease had significantly lower glutathione levels than subjects who were healthy.

Natural ways to build up your glutathione levels

Obviously, deficiencies should be avoided at all costs.  But, a wide variety of factors can drain stores of precious glutathione, leaving us at risk for health problems.

In addition, common pharmaceutical and over-the-counter drugs – including acetaminophen and antibiotics – can contribute to low glutathione.

What can we do to restore levels?

The subject of oral glutathione supplementation is somewhat controversial, as some scientists maintain that the compound is broken down too quickly in the digestive tract to be of real benefit. If you do choose to supplement with glutathione, a liposomal formulation is probably your best bet.

Natural health experts typically recommend glutathione dosages of 500 to 1,000 mg a day. As always, check with your integrative doctor before supplementing, especially if you’re not feeling well.

You can boost glutathione levels by consuming foods that are high in cysteine, one of glutathione’s “building blocks.”  These include cruciferous vegetables like kale, Brussels sprouts and broccoli, as well as allium vegetables such as garlic, onions and leeks.

Other foods that can raise glutathione include asparagus, avocados and bioactive whey protein made from non-denatured proteins.  In addition, in terms of helping to replish glutathione levels, you may want to consider taking milk thistle, N-acetyl cysteine, alpha lipoic acid and vitamin C.

Remember: in these challenging times, it’s important to keep antioxidant levels “fully charged.”  There is no better way to accomplish this than by optimizing your glutathione levels.