Why Are NAD+ Precursors so Important? 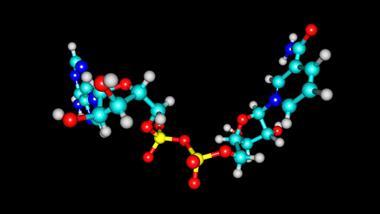 Niacin is a precursor to nicotinamide adenine dinucleotide (NAD+), a vital signaling molecule1 that’s also believed to play an important role in longevity. This is partly due to its role as an essential substrate for sirtuins,2 which are enzymes related to healthy aging, as well as its role in DNA repair.

NAD+ modulates energy production and many enzymes and in so doing controls hundreds of processes in your body including the survival of cells and energy metabolism. NAD+ is influenced on a daily basis by what you eat, exercise levels and more, and also declines with age, leading to changes in metabolism and an increased risk of disease.3

Boosting NAD+ levels may be akin to a fountain of youth, which is where NR comes in. While there are many ways to increase NAD+, including time-restricted eating and exercise while fasting, supplementation with NAD+ precursors may also be useful.

Why Is NR so Beneficial?

There are multiple precursors to NAD+, each with its own physiologic effects. Nicotinamide riboside (NR) is a popular one with several notable benefits over other precursors like niacin (NA) and niacinamide (NAM). NA, for instance, may induce uncomfortable flushing, while NAM may inhibit sirtuin at high doses, both undesirable effects.4

“Therefore, administration of niacin or niacinamide is unlikely to be widely adopted for maintaining health and function with aging,” researchers wrote in Nature Communications.5 NR has also been shown to offer a variety of significant health benefits. Among them:6

NR Is a Superior Choice Among NAD+ Precursors

Because of its unique profile of benefits and low risks, NR has emerged as a popular choice, especially by its discoverer, biochemist Charles Brenner, among the NAD+ precursors. In Scientific Reports, researchers noted:17

“Because NR does not cause flushing or inhibit sirtuins and the genes (NRK1 and NRK2) required for the metabolism of NR to NAD+ are upregulated in conditions of metabolic stress, NR has a particularly strong potential as a distinct vitamin B3 to support human wellness during metabolic stress and aging.”

Further, according to scientists, these things combined make NR a popular choice for boosting NAD+:18

“NR has unique properties that differentiate it from both niacin and nicotinamide. Unlike niacin, NR does not cause flushing — even at high doses, NR has been shown to be safe in human studies at doses as high as 2000mg/day and does not inhibit sirtuins like nicotinamide. In fact, NR has been shown to activate sirtuins in multiple preclinical studies.

Furthermore, a preclinical study published in Nature Communications, demonstrated that when all three forms of vitamin B3 (niacin, nicotinamide, and NR) were tested head-to-head, NR was not only the most effective at increasing NAD⁺ levels, but it was also the most effective at activating sirtuins.”

The Nature Communications study they referred to found, in fact, that single doses of 100, 300 and 1,000 milligrams (mg) of NR produced dose-dependent increases in NAD+ in humans. They also revealed that blood levels of NAD+ can rise as much as 2.7-fold after a single dose of NR.19

The scientists compared NR to a ski lift, citing that it provided a more direct route to increased NAD+ levels than NR or NAM:20

“NA and NAM both reach the top of the mountain (successfully produce NAD⁺), however, the paths are winding, and the path for NAM includes inefficiencies in the form of obstacles. Traveling these paths takes more time and energy, which ideally, we would like to conserve in efforts to maximize energy production. The path of NR to NAD⁺ is analogous to the ease of using a ski lift to reach the top of a mountain.

It is much more direct, saving both time and energy — ultimately resulting in the greatest increase in cellular energy production. This concept is further supported by both preclinical and clinical research that suggest NR is the most efficient and effective form of vitamin B3 at boosting NAD⁺ levels.”

Why Boosting NAD+ Is Important

As mentioned, the reason why researchers are so excited over NR is because it appears to efficiently and safely boost NAD+, which otherwise declines with age. In animal studies, restoring NAD+ levels in older or diseased individuals promoted better health ad extended life span, which suggests NAD-boosting molecules like NR have the potential to increase resilience, reduce disease and extend healthy lifespan in humans as well.21

As an aside, it may even have usefulness for COVID-19. According to David Sinclair with Harvard Medical School, the elderly tend to have higher levels of NLRP3 inflammasomes, which appear to be key culprits involved in cytokine storms, which can occur in COVID-19 patients. NLRP3 activity also appears to be influenced by NAD+ levels. Sinclair and colleagues explained in the journal Aging:22

“In older individuals, NLRP3 may be poised for hyperactivation by SARS-CoV-2 antigens. NLRP3 activity is under the direct control of sirtuin 2 (SIRT2), a member of the NAD+-dependent sirtuin family of deacetylases. During aging, NAD+ levels decline, reducing the activity of the sirtuins.

Old mice … have decreased glucose tolerance and increased insulin resistance. This decline, exacerbated by COVID-19, might promote hyperactivation of NLRP3 and the trigger [for] cytokine storms in COVID-19 patients.

Research into NAD+ is still in its infancy, but James Clement, author of “The Switch: Ignite Your Metabolism With Intermittent Fasting, Protein Cycling, and Keto,”23 conducted his own research, starting with a clinical trial testing intravenous NAD+ in elderly people, in collaboration with Dr. John Sturges, who has integrated NAD therapy into his private practice.

Clement underwent the treatment himself, which involved an infusion of 1,000 mg of NAD+ per day for six straight days, and found it remarkably effective for tremors he’d had since he was 20 years old. In my interview with Clement, he stated:

“My hands would shake … It was just some neurological problem. It wasn’t the onset of Parkinson’s at 20 years old or anything else that anyone could point to. But surprisingly, within an hour or two of starting the IV infusion, my tremors went away completely, which I had had for the previous 40 years.

I noticed later that evening that I fell asleep and didn’t wake up during the middle of the night … I woke up way earlier than I normally would, completely refreshed and ready to get back to work. This was the same kind of experiences all of our elderly patients were telling us as well. We had several people who had tremors that went away.”

While he believes 1,000 mg may be too much for those who don’t have a severe NAD+ depletion — and is also cost prohibitive, at $1,000 per IV — he noted that many lifestyle factors can reduce your levels, including alcohol consumption.

Aging is another factor and, according to Clement, NAD+ may be depleted by 50% by the time you’re 60 (compared to in your 20s or 30s), and when you’re 70 you may only have 10% of the amount you did when you were younger.

“And then at 80, there’s almost none,” he said, adding that this will seriously impair your body’s ability to repair broken DNA. “You can see how this huge buildup of damaged DNA in every cell of your body is potentially one of the driving forces of these morbidities that you see with aging, heart disease, cancer [and] Alzheimer’s …”

How to Raise Your NAD+ Levels

I think it is best for everyone to make sure that they are getting about 25 mg of niacin per day. This can be done by using Chronometer.com, a free online nutrient analyzer, and/or taking a niacin supplement. Ideally it should be about 12.5 mg taken twice a day, which would be unlikely to cause flushing in most everyone.

Once you have done that you could use NR, but I believe NR has several major problems. One is that it is not inexpensive, although it certainly is less costly than using NAD+ directly. However, once you swallow it your liver detoxifies it and adds a methyl group to it so it tends not to form NAD+ as well in tissues outside the liver.

An alternative strategy would be to make a homemade rectal suppository and deliver the dose that way. This bypasses the liver and would supply the NR directly into your bloodstream. If you were to use NR this would be the better way to administer it.

If you’d prefer to avoid supplementation, there are additional strategies that can help. As mentioned, this includes exercise and time-restricted eating. It’s also important to remember that NR supplementation is not a magic potion.

To maximize its effects, you’ll want to use it in conjunction with an overall healthy lifestyle — one that involves optimizing your sleep, limiting EMF exposure, exercising, intermittently fasting and avoiding food for at least three hours before bed, lest your efforts all be in vain.

– Sources and References
Posted in Nutrition, Supplements | No Comments »