Why Your Brain Craves PQQ 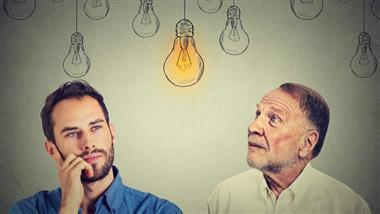 While your diet is one of the most important tools you can use to take control of your health, certain supplements can be helpful, especially when it comes to improving your mitochondrial function. One particularly powerful supplement in this regard is pyrroloquinoline quinone (PQQ),1 which has been shown to promote the growth of new mitochondria (mitochondrial biogenesis).

In order for your body to function properly, it needs sufficient energy and, for that, you need well-nourished, well-functioning mitochondria. PQQ is an important player in this regard.2 As noted by Dave Asprey, founder of Bulletproof and author of books on energy, life span and brain power:3

“Anti-aging starts at the cellular level and PQQ is an easy way to protect your cells, all while helping to improve the most mitochondrial-dense parts of your body like your brain and heart.”

PQQ is relatively unique in its ability to enhance mitochondrial biogenesis, i.e., the creation of new, healthy mitochondria in aging cells, which is the basis of so many of its health benefits. As reported by Better Nutrition magazine:4

“In addition to improving energy production, this characteristic of PQQ shifts some of the aging process into reverse gear. In a study5 at the University of California, Davis, researchers gave a small group of men and women PQQ supplements and tested the effects 76 hours later.

Using blood and urine tests, researchers found that PQQ improved mitochondrial performance and reduced chronic inflammation. The effective dose was 0.3 mg of PQQ per kilogram of body weight — 20 mg of PQQ for a 150-pound person, as an example.”

One mechanism by which PQQ lowers inflammation, improves mitochondrial function and stimulates mitochondrial biogenesis is by upregulating Nrf2 expression — a biological hormetic that upregulates intercellular antioxidants such as superoxide dismutase and catalase.

PQQ has also been shown to boost the activity of primary life span extension transcriptional factors, which led the researchers to surmise that PQQ may play a “novel role” in longevity.6 Indeed, it modulates a variety of signaling pathways, including mTOR, which plays a role in aging and cancer,7 and helps repair DNA,8 all of which suggests it may help you live longer.

PQQ also enhances NADH,9 which is converted to NAD+ as food is broken down into energy.10 When DNA damage is repaired, NAD+ is used up, and if you run out you can’t repair the damage, which is likely the central cause for most of the diseases we are seeing in the modern world now.

How PQQ Protects and Benefits Your Brain

PQQ’s ability to shield your brain cells and their DNA from harm also suggests it can be a powerful preventive aid against neurodegenerative diseases. Mitochondrial DNA is quite prone to damage from free radicals and pro-oxidants. Most of the free radicals in the body are produced within the mitochondria themselves, which is why they’re so susceptible.

Free radicals are an unavoidable artifact of converting food into cellular fuel, and your food is ultimately metabolized in your mitochondria. PQQ has been shown to protect against this kind of damage. It also activates your mitochondria’s built-in repair and replication mechanisms.

In your brain, the practical end result is an overall improvement of neurologic function,11 including improved cognition, learning and memory,12 and a reduced risk of neurodegenerative diseases. Research13 has shown PQQ protects and improves the survival of neurons by stimulating the synthesis of nerve growth factor (NGF) in certain glial cells found in your central nervous system.

It’s also been shown to improve the function of beta amyloid-damaged brain cells14 — a hallmark of Alzheimer’s disease — and prevent the formation of alpha-synclein proteins associated with Parkinson’s disease.15

According to a 2012 study,16 PQQ can even help prevent neuronal cell death in cases of traumatic brain injury. According to the authors of this study, “PQQ may play an important role in recovery post-TBI.”

Both animal and human studies using doses between 10 and 20 milligrams (mg) of PQQ have demonstrated improvement in mental processing and memory on its own, but combining it with Coenzyme Q10 could potentially be even more beneficial.

One study found PQQ in combination with CoQ10 produced better results than either of these nutrients alone, so there appears to be some synergistic effects. I recommend using the reduced form of CoQ10, called ubiquinol, as it is more readily available for your body.

Both CoQ10 and PQQ are fat-soluble, so they’re best taken with a small amount of fat in your meal rather on an empty stomach. In addition to being a powerful antioxidant in its own right, CoQ10/ubiquinol also facilitates the recycling (catalytic conversion) of other antioxidants, so when taken in combination with PQQ, you’re really turbocharging your body’s antioxidant capacity.

PQQ Is a Powerful Antioxidant and Immune Booster

Research has shown PQQ lowers the inflammatory biomarkers C-reactive protein and interleukin-6 in humans at doses between 0.2 mg and 0.3 mg per kg.19

PQQ also supports your immune function and PQQ deficiency has been linked to immune dysfunction.20 In one study,21 PQQ supplementation increased the responsiveness of B- and T-cells (white blood cells that play central roles in your immune response) to mitogens (proteins that induces cell division or mitosis).

The list of potential applications for PQQ is extremely long, as its metabolic effects go well beyond improving mitochondrial function. For example, it helps activate adenosine monophosphate-activated protein kinase (AMPK), which is an important molecular target for metabolic health.

AMPK is an enzyme inside your body’s cells. It’s sometimes called a “metabolic master switch” because it plays an important role in regulating metabolism. As noted in the Natural Medicine Journal:22

“AMPK induces a cascade of events within cells that are all involved in maintaining energy homeostasis … AMPK regulates an array of biological activities that normalize lipid, glucose, and energy imbalances.

Metabolic syndrome (MetS) occurs when these AMPK-regulated pathways are turned off, triggering a syndrome that includes hyperglycemia, diabetes, lipid abnormalities, and energy imbalances …

AMPK helps coordinate the response to these stressors, shifting energy toward cellular repair, maintenance, or a return to homeostasis and improved likelihood of survival.

The hormones leptin and adiponectin activate AMPK. In other words, activating AMPK can produce the same benefits as exercise, dieting, and weight loss — the lifestyle modifications considered beneficial for a range of maladies.”

With age, your AMPK level drops naturally, but poor diet can reduce AMPK activity at any age. This enzyme plays a major role in body fat composition, inflammation and blood lipids, so boosting its activity can go a long way toward improving blood sugar control, reducing visceral fat and lowering LDL cholesterol.

It is important to note that PQQ will not likely work well, if at all, if you are eating around the clock, as elevated insulin levels will activate mTOR and inhibit AMPK, thus limiting PQQ’s ability to increase it.

Other Benefits of PQQ

PQQ has also been linked to several other health benefits, including:

As you can see, the list of PQQ’s health benefits is quite long. And, while PQQ is found in foods such as natto, parsley, green pepper, spinach, papaya, kiwi and green tea,27 the amounts you get from your diet are likely to be insufficient if you want to reap all of its beneficial health effects.

When taking a PQQ supplement, you’ll know within a few weeks whether the brand and dosage is working for you. Overall, you should feel better, with greater energy and clearer thinking.