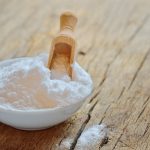 (NaturalHealth365) As COVID-19 continues to dominate the news cycle, causing tens of thousands of fatalities and devastating economies around the world, researchers are re-examining the Spanish flu outbreak of 1918 in hopes of gaining perspective and insight. The deadliest pandemic in the history of mankind, the Spanish flu infected a staggering 500 million people worldwide and claimed the lives of at least 50 million people.  Now, in an important YouTube interview, an elderly survivor of the Spanish flu credits baking soda with saving her entire family.

Also known as sodium bicarbonate, baking soda has been called an “almost perfect medicine” by noted author and physician Dr. Mark Sircus – and has been used for decades to safely alleviate a variety of conditions, including heartburn, rheumatoid arthritis and rashes. And – particularly significant in the age of COVID-19 – natural health experts believe it may help reduce the ability of colds, influenza and coronaviruses to spread.

In an interview recorded in 2007 by the Alabama Department of Public Health, Mrs. Edna Register Boone of Mobile Alabama shares a story of survival.

The remarkably alert 100-year-old recalls being a member of the only unaffected family in the small rural community of Madrid in southern Alabama – at a time when the Spanish flu pandemic was taking a terrible toll on neighbors and friends.

As the only family to be spared the effects of the deadly pandemic, the Boones became “automatic nurses” to their neighbors. Mrs. Boone, who was ten years old at the time, vividly remembers carrying jars of soup to afflicted neighbors. She also recalls that her father tended a sweet potato patch and shared the harvest with the community.

Mrs. Boone spoke movingly of entire families dying from the virus, of neighbors having to bury each other, and of the desperate efforts of the small town’s lone, overwhelmed doctor.  Yet, there was one silver lining. “It brought our little town closer,” she recalled.

And, there was never any doubt as to what was required.  “I knew I had to do my part,” Mrs. Boone reminisced.

Some of the precautions taken by young Edna Boone are hauntingly familiar today. She provided “contactless” delivery by leaving the soup on neighbors’ front porches and waiting for them to retrieve it – and faithfully wore a gauze mask when out in the community.

The whole time, Mrs. Boone remembers, she felt her family was being “protected” against the Spanish flu.  The family’s secret?

At her mother’s insistence, Edna and her brothers took half a teaspoon of baking soda in a glass of water every day before breakfast.  “I’ve often thought that’s what saved us,” she said, noting that her mother believed the mixture would “neutralize the system.”

Watch this video (below) and listen to Eden tell her story:

The flu struck in the midst of World War I, when military bases around the world were packed with hundreds of thousands of young men. Due to an unseasonably cold winter, the men were moved into overcrowded barracks to keep warm, undoubtedly exacerbating he spread of the virus.

The first wave of the illness was reported in Huntsville, Alabama in late September of 1918, and it spread at lightning speed.  Within three weeks, there were 25,000 cases in the state.

Unlike COVID-19, which is a type of coronavirus, the Spanish flu (H1N1) was a true influenza. Also unlike COVID-19, H1N1 struck down many young, healthy people in the prime of their lives, while also infecting the elderly and the very young.

Incidentally, medical historians note that the name “Spanish flu” is a misnomer. The disease did not begin in Spain, although it did ravage that country, among others. Spain was not subject to wartime news blackouts (as other European countries were) and actively reported on the pandemic – an act of responsible journalism that led to the inaccurate label.

In 1918, Edward R. Hays, M.D., a physician with the U.S. Public Health Service, utilized bicarbonate of soda against the Spanish flu. An early proponent of baking soda therapy, Dr. Hays believed in its power to alkalize the body, increase resistance to disease and fight colds and influenza.

“In many, many instances within 36 hours the symptoms would have entirely abated,” declared Dr. Hays.

Recent studies have shown that certain viruses are pH-dependent, and are at maximum infection rate under acidic conditions, such as pH 6.0.  On the other hand, raising alkalinity up to pH 8.0 can deactivate them.

Although research has been limited to laboratory and cellular studies, some scientists feel this discovery could have clinical applications.  As a non-toxic, cheap, and easily-accessible remedy, baking soda may have potential as a precautionary measure against viral infection.

To follow the recommendations endorsed by Dr. Hays, take a half teaspoon of sodium bicarbonate in a glass of cool water six times at regular intervals during the first day.  Follow this with four dosages during the second day, and two during the third day.

Then, take once in the morning every day thereafter until symptoms are gone.

Don’t hesitate to seek medical advice if ill, and don’t use baking soda to prevent or treat viral infection – or any other medical condition – without consulting with your integrative healthcare provider.  It is especially important to talk to your doctor if you have high blood pressure, as baking soda is high in sodium.

Edna Boone, who passed away in 2011 at the age of 104, leaves us with a warning that rings eerily true today.  Her advice? “Be aware, it could happen again.”